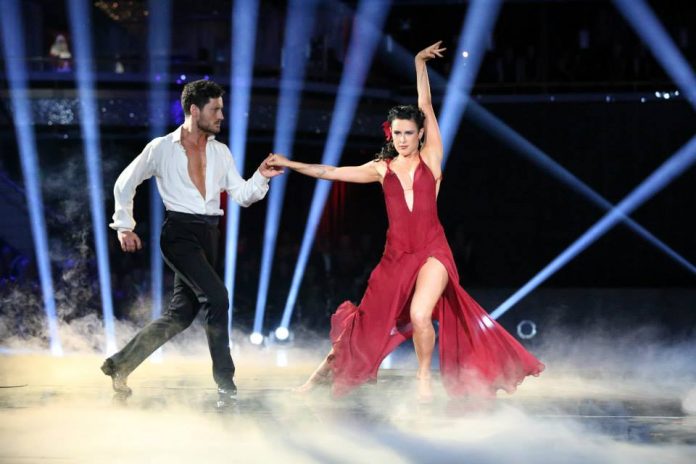 With the season 21 of Dancing With The Stars set to premiere in September, the network is trying its best to get Caitlyn Jenner on board.

As previously reported, Caitlyn Jenner has reportedly expressed interest in competing in the next season. Apparently, she was in talks with ABC about participating, now that she is through with her gender transformation. Producers are reportedly looking for a potential dance partner for Jenner. But looks like all is not well with the negotiations, since the star is showing some reluctance.

A source from the show, speaking to Hollywood Life, said: “The offer was made. But, scheduling, money, and a few other bumps in the road are making producers feel that they should give up on their case. Their main focus is getting her on the next season. That is the number one goal for the show.”

Talking about potential partners for Jenner, it was previously reported that Derek Hough and Mark Bellas have expressed interest in teaming up with Jenner. But lately, Val Chmerkovskiy has also expressed similar interest.

Speaking to Touch Magazine, Chmerkovskiy said: “I will be Cait’s partner, for sure! I would love to have an opportunity to win it with someone that nobody else believes can do it. As long as you have the energy, I am in it to win it. She and I will not physically match, but I volunteer!”

According to a report on Gossip Herald, the stars who will be appearing in the next season are Amanda Bynes, Amber Rose, Steve Ballmer, Jalen Rose, and Jamie Chung. The report also suggested that Jenner’s stepson Rob Kardashian may make a comeback for the next season.

In other news, Rumer Willis’ mother Demi Moore has shown interest in participating in the show, as well. According to a report by Hollywood Life, the actress is very much interested in dancing, and wants in on the show to enjoy the dance, and not to win the show.