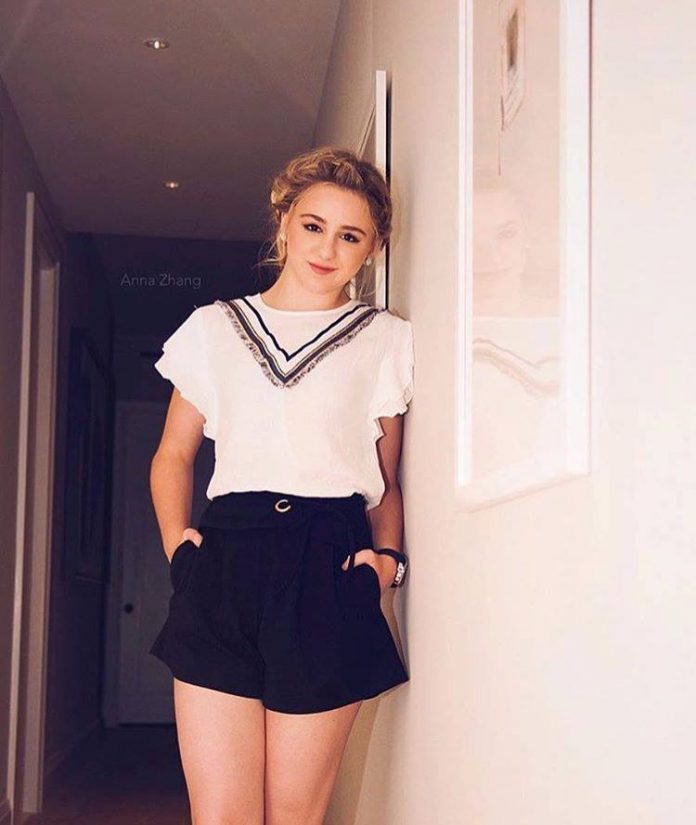 Ever since Abby Lee Miller name-dropped Chloe Lukasiak during the “Dance Moms” season 6 reunion special, rumors have been sprouting that the alum will have a homecoming in the foreseeable future.

Rumor of the young dancer coming back to the reality show has been magnified more than ever with the future of the program hanging in the balance. Recently, there was buzz that Lifetime is no longer looking to order another season of “Dance Moms.”

Lukasiak has since then remained tight-lipped about the issue. An article by International Business Times, however, has collated subtle hints that the 15-year-old will not be coming back into the reality TV fold anytime soon.

The young dancer has moved on to greener pastures after her stint in “Dance Moms.” So far, she has several music videos under her belt and some acting gigs in the pipeline one of which is Lifetime’s original “Center Stage: On Pointe” which will debut later this month. In the film, Lukasiak plays a ballerina named Gwen who is teased to play a pivotal role in the story. She’s also scheduled to appear in the movie “Cowgirl’s Story” alongside actress Bailee Madison. Lukasiak is also tapping into various media platforms in an effort to improve her brand.

Arguably, “Dance Moms” fans would be thrilled should the Pennsylvania-native return to her roots given that she has achieved so much. However, loyal viewers would also remember that just before she left the series, Miller was overheard badmouthing her. Lukasiak’s mom, Christi, claims that there are footages of the dance instructor making fun of her daughter, unfortunately, the alleged clips have never seen the light day.

In the middle of Lukasiak’s rumored return to “Dance Moms,” two mainstays, Jojo Siwa and Nia Sioux, are said to be following her and the Ziegler siblings out of the series. Earlier this week, a supposed video leak of the cast of “Dance Moms” filming for season 7 without Siwa made the rounds online.

Lifetime and Miller have not yet released an official statement with regard to any of these speculations.

'Rick and Morty' season 3 spoilers: Meeseeks, Cthulhu monster could be...