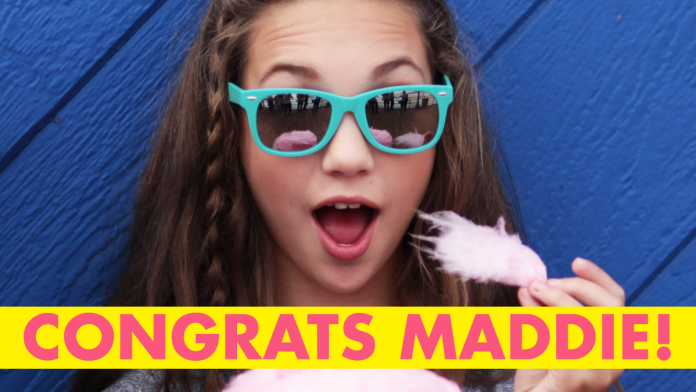 Talking to Enstarz during her recent birthday party in Hollywood, California, Siwa hinted at what viewers can expect in the new installment as well as her vision for herself in the future. “I’ll become an official adult in five years from now, which is really cool. I just want to be like a pop star,” she stated. When asked what she is looking forward to in being a teenager, she admitted that she is really excited to “run [her] Instagram now.”

Siwa mused that when it comes to their televised competitions, one of the biggest challenges in being a reality star is that they have to learn dances in “under two days.” She also hinted that viewers can expect to see a lot of different dances this year, with episodes featuring jazz and other fun and “super exciting” things to come.

For the other aspiring dancers who look up to her, Siwa shared advice as they embark on their journey in the industry. “Just be yourself and don’t listen to the haters. The haters are gonna hate, but you just can’t listen to them,” she concluded.

According to Newsy, the alleged culprit is named Joseph McKinstry who tried to break into Miller’s dance studio and demanded to read poetry to the students. Moreover, a Twitter account seemingly belonging to McKinstry is said to have sent out numerous affectionate tweets to Ziegler before he was arrested.

Meanwhile, back in September 2015, another man named Phoenix Sundown attempted to send packages to one of the cast members. The box contained several blankets, a coffee maker, letters and sexually explicit materials. The police was believed to have destroyed the package and Sundown was sentenced to three years in prison.

Rumors have it that private security guards were hired to secure the stars while inside the studio and during competitions. However, since there has been no official statement from the network or the cast, available information should be taken with a grain of salt.

'How to Get Away With Murder' cast, plot news, spoilers: Showrunner...