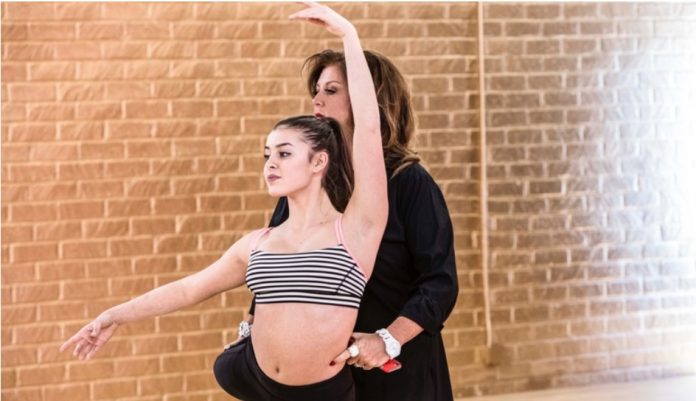 Spoilers suggest that the mothers of the kids currently starring on season 6 of Lifetime’s hit dancing reality competition “Dance Moms” will once again not be happy with how coach Abby Lee Miller guides the dancers.

In the sneak peek for the new episode titled “Float Like a Butterfly, Sting like Ab-bee,” Abby assigns the Junior Elites to a boxing-themed routine. However, the moms hate it and believe that Abby may be sabotaging them and setting them up for failure.

“She wants to sabotage us,” Jill Vertes can be heard saying. They then decided to come up with a different routine for the upcoming competition. Ashlee Terry Rumfallo explains that their reason, stating, “I think we are all in agreement that we cannot go on stage with that boring group routine.”

When Abby hears of what they have done behind her back, she gets pissed off and has a shouting match with Kira Hilliker. However, the latter makes certain that the instructor knows who is to blame for the misunderstanding.

“This is your fault! They’re not doing a crappy dance that they were given. End of discussion,” Kira yells at Abby.

The latter then retorts with, “This is my livelihood. You’re going to regret this!” she says as she storms out of the room.

According to Buddy TV, the matriarchs have had enough of the coach’s absences throughout the current run. It can be recalled that Abby has been absent from the studio, deemed to not give enough effort on the routines and apparently sometimes throws out the Junior Elites for the Minis.

On a related note, Abby’s sentencing will be further delayed until early next year. She pleaded guilty on June 27 after being indicted in October 2015 on 20 counts of fraud and a new charge of violating currency reporting laws this year.

U.S. Attorney David Hickton shared in a statement, “Due to a scheduling conflict, government counsel is unavailable on that date …the Government respectfully requests that the sentencing date be continued until Friday, January 20, 2017, at a time convenient for the court.” The original date was set tentatively for Dec. 2.

New episodes of “Dance Moms” air every Tuesday at 9 p.m. ET on Lifetime.

Marvel news: Joss Whedon elaborates on his decision to leave the...