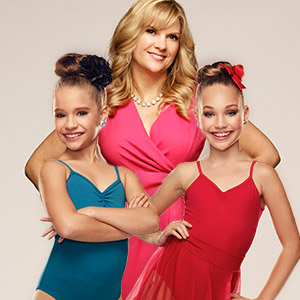 It has been thought that she was leaving the show, but it appears that dance coach Abby Lee Miller could still be on for Dance Moms season 6.

The rumors began after Miller spoke to ET Online about the status of her coaching job at the hit Lifetime reality show in June.

In that interview, she revealed that the network still owes her money under her contractual obligations, and that these may have to be ironed out before her participation in Season 6 is negotiated.

“Lifetime is a little in arrears on their payment plan with me personally, and so I think that will have to be taken care of first before we talk about season six,” she had said.

Former cast member and Candy Apples owner Cathy Nesbitt-Stein even expressed interest in taking over Miller’s being coach “in a heartbeat” if the coach doesn’t return for season 6 and the network offers the job to her.

However, Nesbitt-Stein admitted in an article at the Master Herald that Miller herself will probably not allow herself to depart from the show.

“If that’s the direction that they wanted to go because then I know they have to film in Ohio. I don’t know that Abby would let that happen, though,” Master Herald quoted her as saying.

The coach may have fixed those snags with the network, however, as Bustle revealed that the coach is now calling for casting through her social media account.

Another member of the cast rumored to be leaving is its star dancer, 12-year-old Maddie Ziegler.

When she was approached by MTV Australia, the 12-year-old dancer said she is uncertain about Dance Moms season 6 and if she will participate.

“I’m not sure what’s going to happen for season 6. I don’t know if I’m going to do it or not, so it just depends,” Ziegler said during the interview.