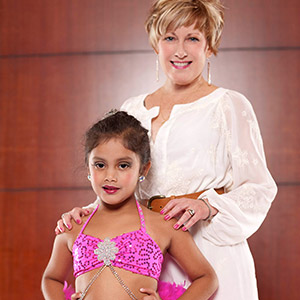 Lifetime’s “Dance Moms” has been renewed for a sixth season, and fans of the reality show are already clamoring for news and updates online. Recently, Cathy Nesbitt-Stein said that she and her daughter Vivi-Anne are willing to come back for the newest season if their terms are met.

Speaking with International Business Times, Nesbitt-Stein said that they did not return for the previous season because of their busy schedule. The owner of Candy Apple’s Dance Center explained that she told the show that she had to run her business and she felt uncomfortable leaving her clients.

Regarding her willingness to join the sixth season, she said, “I would love, love, love to come back to the show. I absolutely enjoy doing it. If they could do something that they could come back here I would definitely be very interested participating with them.”

Nesbitt-Stein also added that she would want to helm the choreography of her time. In the previous season, she had to bring other choreographers to allot time to her own dance studio.

“We weren’t winning because these guest choreographers were brilliant, but they didn’t understand competition. It wasn’t until my sister-in-law and I said, ‘screw this, we’re doing our own choreography,’ we won… If I came back, and things worked out, I would definitely ask that we continue on doing on our choreography.”

Meanwhile, it seemed that the show’s Maddie Ziegler and Chloe Lukasiak are drifting apart. According to Yibada, Lukasiak was absent during the 13<sup>th birthday celebration of Maddie Ziegler. Although the latter said that fans of “Dance Moms” have been pitting them against each other for a long time, she always treats Lukasiak as her friend, and she misses seeing her every day.

No premiere date has been announced by Lifetime for the sixth season of “Dance Moms.”

'Kingdom Hearts 3' release date: More worlds will be added to...