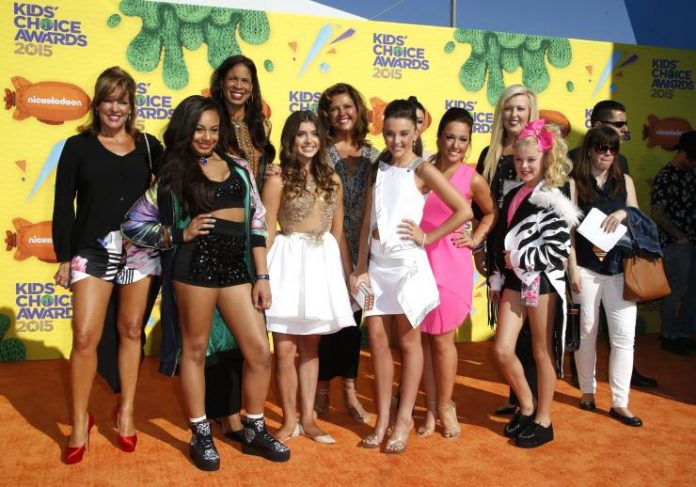 After Abby Miller’s surprising implication or hinting of leaving the Lifetime show, Dance Moms seems to be meeting its end. Consequently, crowd favorite Maddie Ziegler has expressed her ambivalence in returning for season 6 of the show, if there ever will be one, reports Christian Today. The entire season’s continuation hinges closely on Abby’s decision, as well.

The darling of the viewers, Ziegler is currently enamored with acting prospects and in fact bagged a guesting on her favorite TV show Pretty Little Liars. She is currently exploring her other options outside of the Lifetime show and she is unsure if she is going to return to Dance moms for the next season. The dancing genius has been seen in Sia’s music videos and holds a lot of promise.

The International Business Times reported that people’s tongues have been wagging about the Abby versus Kira season 5 episode and people are surmising that this signals the end of Kalani Hilliker’s participation in the show. But her mom Kira Gerard disproved these rumors on Twitter, saying that the spat she had with Abby Miller is not something that will make them leave the show just like that. The fight they had was about the coach’s comment on her daughter’s weight and she did not take it sitting down. The coach’s refusal to hug her daughter set her off in the verbal tirade which was shown on the preview.

As it turns out, it was Abby Miller who had issues with staying in the show. She, together with Ziegler have uncertainties in joining the rest of the crew for season 6. Not everything has been smooth sailing for the coach since she was also seen having conflicts with the much followed mother and daughter duo of Jeanette and Ava Cota. Ava Cota is now having her dance lessons in another ballet studio but continues to benefit from her Dance Moms fame.

'Sherlock' Christmas special sees a more refined Sherlock; will there be...