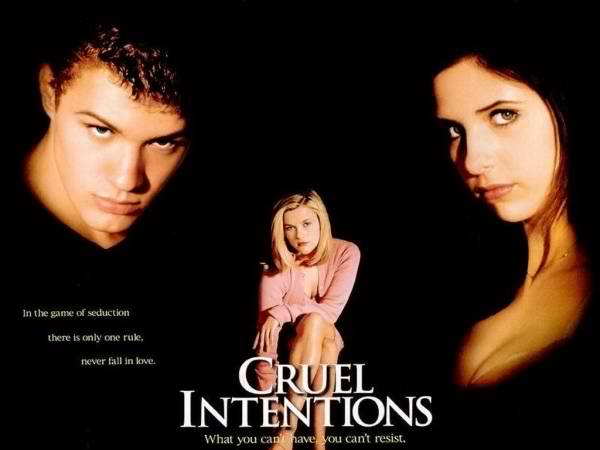 On Tuesday, NBC officially announced its order for the pilot episode of the TV adaptation of “Cruel Intentions.” The revival of the movie via a TV series was first made known in October last year.

The pilot begins 15 years after the end of the movie. The official synopsis of the pilot episode, as posted on TV Line, reads:

“Cruel intentions picks up over 15 years after the hit movie left off. It follows the beautiful and cunning Kathryn Merteuil as she vies for control on Valmont International as well as the soul of Bash Casey, the son of her brother, who was the late Sebastian Valmont, and Annette Hargrove. Upon discovering his late father’s legacy in a hidden journal, Bash is introduced to a world of sex, money, power and corruption he never could have imagined.”

Sebastian and Annette were portrayed by Ryan Philippe and Reese Witherspoon, respectively. The former dies, and the film ends with the latter driving off in a car with Sebastian’s journal. Kathryn, who was portrayed by Sarah Michelle Gellar, is Sebastian’s step-sister who manipulates everyone around her. The end of the movie shows her schemes and drug addiction revealed through Annette’s distribution of copies of Sebastian’s journal.

The prequel, “Cruel Intentions: Manchester Prep,” was originally made for series but was eventually released as a movie. It shows the younger Sebastian’s entry into Kathryn’s world. It shows how the presence of Sebastian is a threat to the young Kathryn, when he moves in with his father to live with her and her mother. It tells the story of Kathryn’s early manipulation, and her success at getting Sebastian heartbroken for the first time.

In the end, the once kind Sebastian says, “If you can’t beat them, join them.”

Both movies were directed by Roger Kumble who is also set to direct the series and work together with Neal H. Mortiz, who also produced the original movie. Co-writing with Kumble are Lindsay Rosin and Jordan Ross who successfully staged the “Unauthorized Musical Parody of Cruel Intentions” in summer of 2015 in Los Angeles.

'One Punch Man' season 2 release date: new season to have...