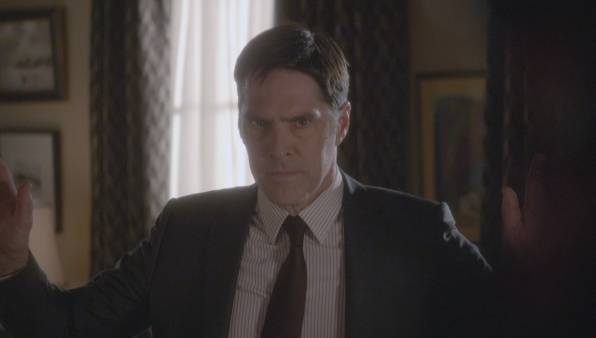 Proving that “Criminal Minds” did not bring in Adam Rodriguez just to fill the gaping hole that Shemar Moore left, executive producer Erica Messer teases a bit about the newbie’s role in the series.

As it turns out, the Behavioral Analysis Unit (BAU) won’t have to go through every single inmate who was able to get out of prison by the end of season 11. Rodriguez’s Agent Luke Alvez actually had the privilege of catching majority of the fugitives over the summer as he specializes in that department. However, the job is far from done with five remaining serial killers still on the loose, including the infamous Mr. Scratch (Bodhi Elfman).

“There are still five out there when we come into the premiere,” Messer spilled to Entertainment Weekly reporter Natalie Abrams. “One of them is a guy Peter Lewis plays named Mr. Scratch. He is our baddie for the year. We will stretch him out and tell his creepy tales.”

Given the level of notoriety of Mr. Scratch, as well as his history with the BAU members, specifically Thomas Gibson’s Aaron Hotchner, it figures that Alvez can use some help from the special agents. In the many years of the police procedural, the proxy killer, whose real name is Peter Lewis, has been one of the most intricate working unsubs that the profilers had to track down. He is extremely methodical in his ways, making him a threat despite already having been locked up. His ability to manipulate unsuspecting individuals was even the reason why the massive prison break occurred in the season capper. Scratch rolled out a plan to frame Hotch as a diversion tactic against the BAU.

Given Messer’s comments, it is safe to assume that “Criminal Minds” will have a time lapse when it returns for its 12th season. However, adding in show veteran Kirsten Vangsness’s previous tease, the jump will not be a long one. The actress who plays snazzy BAU tech analyst Penelope Garcia shared that the premiere episode will be chaotic due to Mr. Scratch.

What will be interesting to see in the process of hunting down Scratch as well as the four other psychopaths would be the mind games between the killers and the BAU. Old patterns may be difficult to get rid of but fans can expect a tweak in the modus of the killers that is, if they want to give the Feds a tough time in putting them away for good.

“Criminal Minds” season 12 will premiere on Sept. 28 and will continue to air every Wednesday night, 9 p.m. ET on CBS.