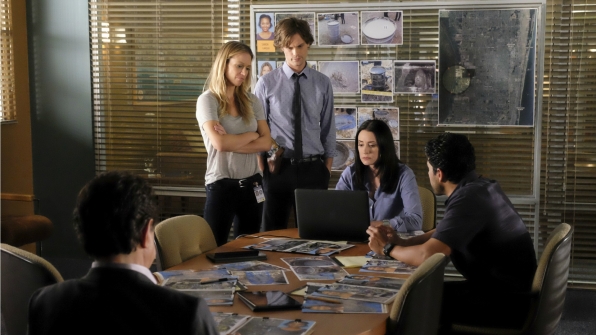 After an emotional episode focused on FBI agent Jennifer Jareau (A.J. Cook), episode 3 titled “Taboo” will highlight the aforementioned fan-favorite character as the team investigates the disappearance of three women.

It can be recalled that Thomas Gibson’s Hotch went on a temporary assignment in the narrative in order to explain the actor’s suspension and, ultimately, his dismissal from the show. His absence is said to have paved the way for Prentiss to make a transatlantic comeback in order to help the team. Aside from Brewster, actress Gloria Barker also guest stars as Sherilyn Fenn.

Although her reunion with friends and colleagues in Reid (Matthew Gray Gubler), J.J., Rossi (Joe Mantegna) and Garcia (Kirsten Vangsness) is predicted to be a joyful one, it may be short-lived. The synopsis reveals that the joint forces of authorities will find the bodies with missing parts as the culprit apparently cuts off his victims’ limbs and hides them in layers of cement.

In a promotional video, Reid notices that the serial killer’s victims have chemical burns while Prentiss observes that it seems like the unsub makes it certain that the bodies will be very difficult to find. “The unsub is jumping through a lot of hoops to hide these bodies,” she quips.

The clip also hints that the evidence points to the murderer trying to perfect his technique. It ends with a warning that everyone should brace themselves as he begins accelerating his killing spree.

Interestingly, despite showrunner Erica Messer’s previous tease that Prentiss and Luke Alvez (Adam Rodriguez) will have a fun friendship after working on the case, the trailer suggests otherwise. “Whatever happened out there Prentiss, keep that between us,” he tells her with a serious face.

'The Walking Dead' season 7 spoilers: Will Glenn die? Carol and...