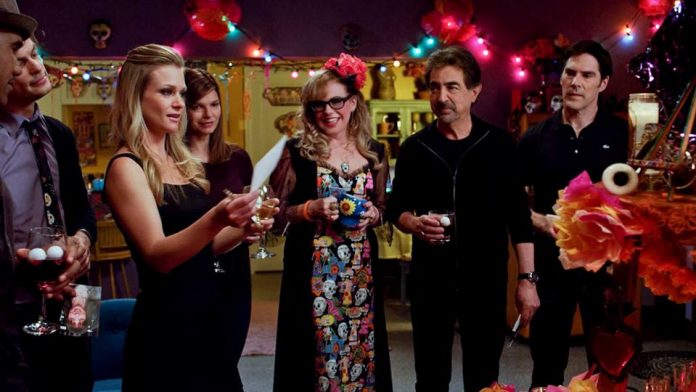 The Behavioral Analysis Unit (BAU) is back in Quantico with “Criminal Minds” already finished with its first table-read late last week and followed by the commencement of filming for season 12.

CM Set Report, a Twitter account dedicated to releasing behind-the-scenes updates for the series has already posted a couple of snaps for the new season, with the latest being a photo of the famous BAU headquarters being prepared for filming.

Prior to that, co-executive producer of the long running police procedural, Harry Bring, took to his social media to give fans a glimpse of the show’s first table-read for the upcoming installment. Bring shared a snap of the gathering with the cast members, as well as the crew of “Criminal Minds,” and posted it on his Twitter account with the caption, “First one was fuzzy.”

In the right-hand side of the photo, series veterans Thomas Gibson (Aaron “Hotch” Hotchner), Matthew Gray Gubler (Dr. Spencer Reid), A.J. Cook (Jennifer Jareau) and Kirsten Vangsness (Penelope Garcia) were clearly shown. Opposite them is newcomer Adam Rodriguez who is tipped to play a still-unnamed Fugitive Task Force agent. Noticeably, Joe Mantegna (David Rossi) was not visible in the photo but was later revealed to also be in the gathering.

Following the table read, a separate update from CM Set Report, which was later retweeted by Bring, showed that former cast member Shemar Moore (Derek Morgan) dropped by to say hello to his longtime colleagues. Moore had a dramatic exit from “Criminal Minds” last season when his character decided to focus on his new family after suffering a slew of life-and-death situations.

Behind the camera, Moore explained that he actually had a similar reason for exiting the show that he has been on since it started he wanted a break and even build his own family. Fortunately, “Criminal Minds” continues to have an open door policy for its former cast members, giving fans hope that Morgan will be back in action sometime soon.

Meanwhile, the new chapter will take a different arc with the team trying to recapture all the vigilantes who were able to get out of the penitentiary after the massive prison break in the season 11 finale. The first three episodes of the forthcoming installment have had their titles revealed: “The Crimson King,” “Sick Day” and “Taboo.”

“Criminal Minds” will be back on the airwaves on Sept. 28 and will air every Wednesday night at 9 p.m. ET on CBS.

'So You Think You Can Dance: The Next Generation': Maddie Ziegler...