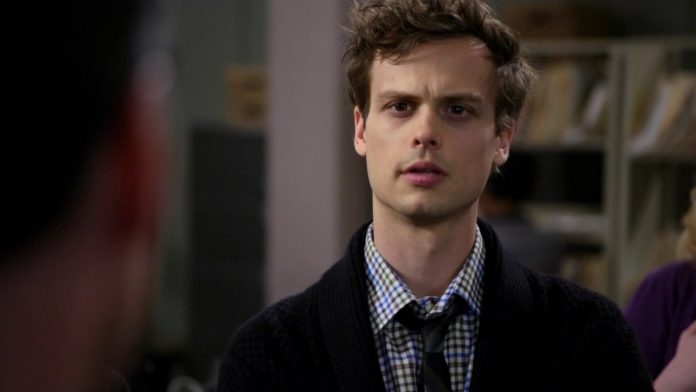 Criminal Minds will be back in the airwaves with “Entropy” tonight and judging from the promo trailer that was released by CBS, Spencer Reid (Matthew Gray Gubler) is back and this time on a deadly mission as his blind date goes awry.

Behavioral Analysis Unit’s (BAU) resident nerd will be coming across Cat Adams, played by “Parks and Recreation” alumni Aubrey Plaza. In a recent interview with website TV Line, Plaza dishes out on how she got the gig and the experience she had filming the year opener of the show.

When asked how she felt playing a psychotic murderer, Plaza was candid in saying, “It was hard. I don’t know if fun is the right word. It was challenging. And things that are challenging are fun for me. I like a good challenge.”

“When you’re playing someone that’s a murderer you have to justify [their actions]. You have to dig deep and go to a dark place.”

In the episode, Adams asks Reid if he wants to play a game where the former said “yes,” she pulls on a gun in front of Reid. The situation becomes more complicated as it is later revealed that instead of just threatening Reid, Adams also planted numerous bombs around the vicinity of the restaurant putting innocent lives in danger. Reid then is able to ask help from his BAU co-members while trying to delay Adams in her plans.

On top of that, Plaza frankly says that she is not much of a “Criminal Minds” fan, but since she and Matthew Gray Gubler go a long way, she read the script and got interested in the part.

“To be totally honest, I haven’t watched much of the show. I just thought playing that role would be really fun. There aren’t many opportunities for me to play a psychopath that has planted a bomb in a restaurant and who’s holding a gun under a table trying to kill an FBI agent. That’s some juicy stuff. I don’t care what show it’s on.”