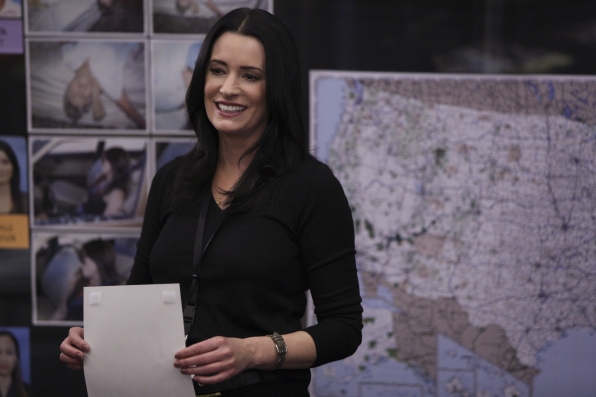 The all new episode of CBS’ crime procedural series “Criminal Minds” will bring back a fan-favorite agent to Behaviour Analysis Unit, following the departure of Derek Morgan (Shemar Moore) after being with them since the beginning.

According to the network, former BAU supervisory special member and current Interpol agent Emily Prentiss (Paget Brewster) will enlist the help of the team as she tracks an international killer, who she is convinced to be targeting someone in the U.S.

Executive producer Erica Messer teased Brewster’s short appearance in the show saying, “She asks if they would help her and obviously they immediately say yes. Having Paget back is always fun — she’s the best — but having her back for [Episode] 19 was particularly special because Prentiss knows what it’s like from both sides of [watching] someone leaving the team and walking away herself.” She also revealed that fans should tune in to the fresh dynamic between Prentiss and Tara (recurring guest star Aisha Tyler) as they meet for the first time.

In a separate interview with TV Line, Messer shared that Prentiss reuniting with her old friends will somehow help them cope with Morgan leaving the unit, “She was once Morgan. She decided to walk away, so she knows what that is. We tried to bring all of that to life. By the end of the episode, it’s a lovely look at ‘Here’s what happens when an old friend comes back.’ It’s laughs and a lot of love.”

Meanwhile, Moore revealed that one of the reasons for his decision to exit the show is to find out what he is capable of in terms of career and personal life. He also stated that he is open to come back to the show in the future as character Derek did not die in the conclusion of the three-episode arc. “Now, it may not be permanently, and it may not be for a full season, but if there’s an opportunity to go back and dance and play, I wouldn’t be opposed to that,” Moore stated.

New episodes of “Criminal Minds” air every Wednesday at 9 P.M. on CBS.