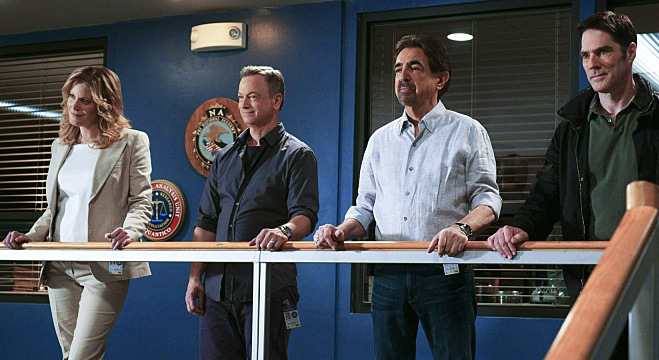 Rumors have been circling regarding the possible cancellation of the show since Anna Gunn, who played a central role on the back-pilot episode, will not reprise her role as Lily Ambert.

However, CBS president Nina Tassler discussed the change on the line-up of the cast, “Gary [Sinise] is sort of larger than life and [as Jack Garrett] he filled a lot of the same [needs as Gunn’s character]. But we’re actually going to be adding a couple of new characters” that “speak more to the needs of the franchise,” she told TV Line. Cinema Blend noted that Tassler’s comments seemingly suggested that Senise will not replace Gunn but his character as Garett “fulfilled pretty much the same role as Gunn” in the show.

The planted spinoff of the flagship was shown during episode 19 of season 10 entitled, “Beyond Borders.” According to Crossmap, on the back-pilot episode, Ambert is as an International Law expert and a linguist who is a part of International Unit. The unit is headed by Chief Jack Garrett, portrayed by Sinise. They were assisted by BAU team in helping save a family who had been kidnapped in Barbados.

Based on the official description of the show on the studio’s website, Beyond Borders “focuses on a division of the FBI that handles cases beyond our borders, helping American citizens who find themselves in trouble abroad.”

Aside from Sinise, the other listed cast include Daniel Henney as Matt ‘Simms’ Simmons and Tyler James Williams as Russ ‘Monty’ Montgomery. It will be directed by Glen Karshaw, produced and written by Erica Messer with other executive producers, Mark Gordon and Nick Pepper.

The studio has not confirmed final premiere date for the show and only mentioned that it will air later this season.