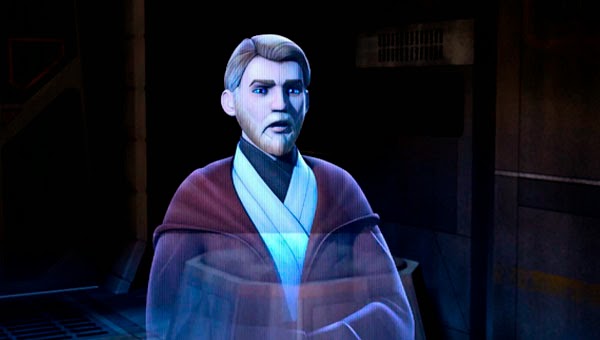 “Star Wars Rebels” creator Dave Filoni opens his galaxy to Ewan McGregor in case the British actor is willing to do the voice acting of Obi-Wan Kenobi in the animated show.

“Ewan is absolutely someone on our radar, we would love to have him be a part of the show, for sure,” Filoni told Bang Showbiz (via Yahoo Entertainment).

The animated spin-off from the massive “Star Wars” franchise has slowly built a following of their own with a story set in the “Episode VI Revenge of the Sith” and “Episode IV A New Hope.”

McGregor who reprised the role of the younger Jedi in the prequel has gone and said a couple of times that he is willing to step back into the world of the space opera. His eagerness to take on the character has raised ideas about a possible Obi-Wan Kenobi stand alone film, much like what Disney and LucasFilm Ltd. is working in for Han Solo.

The role was originally portrayed by Sir Alec Guinness in the debut trilogy of the series alongside Mark Hamill’s Luke Skywalker, Carrie Fisher’s Leia and Harrison Ford’s Solo.

“We’re interested in anybody, really, that performed in the films, it’s always great to have that direct tie and to have people that have portrayed the character before,” the 41-year-old continued. “I do have a unique situation with Obi-Wan as James Arnold Taylor was my Obi-Wan in ‘Clone Wars’ for a long time so I used him early on in ‘Star Wars Rebels’, that was meant as a nod to people who had watched that animated series.”

Last month, Taylor has made an appearance with Collider’s “Jedi Council” and was straightforwardly asked if he and Obi-Wan Kenobi will be back in the fold come season 3 of “Rebels.” The American voice actor gave a short and resounding “No. “

Shall there become some major shift in the storyline and McGregor as well as Obi-Wan becomes involved in the upcoming third season of the series, it will be interesting to know if an encounter between Darth Maul and the Jedi will take place. The Sith Lord was re-introduced via “Rebels” at the last few episodes and has caused Kanan to lose his eyesight. Filoni has already teased that Maul will be going nowhere as he will continue to be part of the ongoing story arc in the space opera. Given the history between the classic dark vs. light in Maul and Obi-Wan respectively, it will be a great way to tie in the spin-off from the main film branch of “Star Wars.”

'Umbrella Corps' release date nears; what features to expect from the...