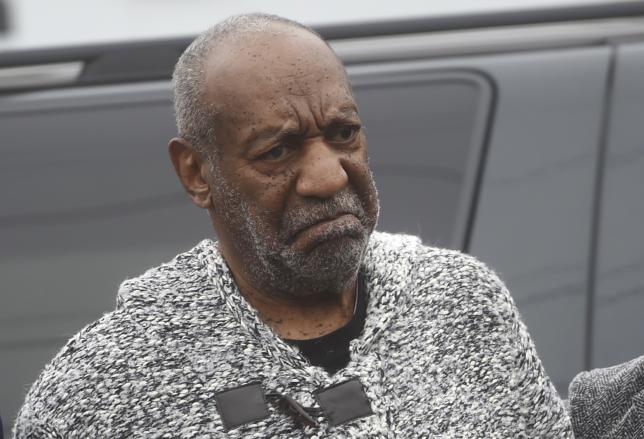 Civil lawsuits accusing Bill Cosby of sex abuse and defamation could do major damage to the entertainer’s wealth, regardless of how a criminal prosecution plays out, lawyers who have handled similar cases said on Thursday.

Cosby, who has been accused by more than 50 women of sexually abusing them in incidents dating back decades, was charged in suburban Philadelphia on Wednesday in the only criminal case he has faced. The actor and comedian is charged with aggravated indecent assault against one of the women, a second-degree felony carrying a maximum penalty of 10 years in prison and a $25,000 fine.

The financial assets of the entertainer, who personified the model American family man in a long-running hit television show, are more at risk from at least seven ongoing civil suits that have been filed or joined by 13 women.

Cosby, 78, has denied the criminal and civil allegations. He has sued some of his accusers for defamation, and his lawyers have questioned their motives, suggesting they are after money.

A loss in the civil litigation could be very costly for Cosby, whose career made him one of the wealthiest people in the U.S. entertainment industry, several plaintiffs lawyers not involved in the suits said. Jury awards in cases where a person has claimed sex abuse or defamation can run into the tens of millions of dollars, not including his legal fees. “This is going to be enormously expensive for Cosby,” said Paul Callan, a New York lawyer who successfully represented the estate of retired American football player O.J. Simpson’s ex-wife in a civil case after Simpson was acquitted in her killing.

In a statement on Wednesday, a lawyer for Cosby, Monique Pressley, denounced the charges as unjustified and said Cosby would be exonerated. A spokesman for Cosby declined to comment on Thursday.

The allegations against Cosby – with so many accusers claiming they were drugged before he allegedly sexually assaulted them – mean he is particularly vulnerable to civil punitive damages, the lawyers said. Punitive awards are meant to punish and deter a defendant, while compensatory awards cover actual costs of plaintiffs.

Various media estimates have put Cosby’s net worth at between $380 million and $450 million in recent years. His ability to pay is likely to be a factor in a civil award or settlement, lawyers said.

“Any jury assessing this starts with, what amount of money punishes him given his net worth?” said Brad Edwards, a Florida lawyer who represents sex abuse plaintiffs. “Even if you said $20 million, you’re talking about a fraction of his net worth,” he added, so a jury could go even higher in determining a punitive award.

Big U.S. jury awards have to survive review by judges. Some states cap awards, and a punitive award generally must be less than 10 times the compensatory award.

In court papers filed on Dec. 14 in one suit, Cosby’s lawyers said women suing Cosby in Massachusetts are “engaged in a campaign to assassinate Mr. Cosby’s reputation and character” in order to “extract financial gain.”

The mounting allegations harmed Cosby’s finances long before the criminal charge this week.

Television networks have pulled reruns of the once wildly successful sitcom “The Cosby Show.” Streaming video service Netflix Inc canceled a planned special featuring Cosby in 2014, and the network NBC, which Cosby once tried to buy in 1992 as part of a group of investors, canceled plans for a new television show featuring him. Several stops on Cosby’s early 2015 comedy tour, titled “Far From Finished,” were canceled, while others attracted protesters and hecklers.

In July, Walt Disney Co removed a bust of Cosby from its Hollywood Studios theme park near Orlando, Florida.

Two of the pending civil suits allege that Cosby abused women. They were filed in California. Five others filed in California, Massachusetts and Pennsylvania say Cosby defamed women by denying what they said publicly. One suit has seven plaintiffs. Plaintiffs in civil suits have a lower standard of proof to meet than prosecutors do in criminal cases.

If Cosby loses a defamation case it could be just as costly as the loss of a sex abuse case because a jury would see defamation as “revictimization,” said John Manly, a California lawyer who represents sex abuse plaintiffs. “For a trial lawyer, it’s a distinction without a difference,” he said.

Cosby could ask that the civil suits be put on hold pending a criminal trial, but judges might not agree, in part because Cosby countersued some accusers, said Edwards, the Florida lawyer.

In July, a New York jury rejected allegations by a woman that the chief executive of her former investment firm had assaulted her, but the jury still awarded her $18 million after agreeing she had been sexually harassed, retaliated against and defamed.

A win in the criminal case would not mean Cosby is off the hook. Manly, the California lawyer, said it could even add to public outrage and prompt a jury to award large damages.

If his financial future were under serious threat from the civil cases, Cosby may not find that bankruptcy court offers much protection. Court judgments based on intentional actions do not get wiped away like other debts, the lawyers said.