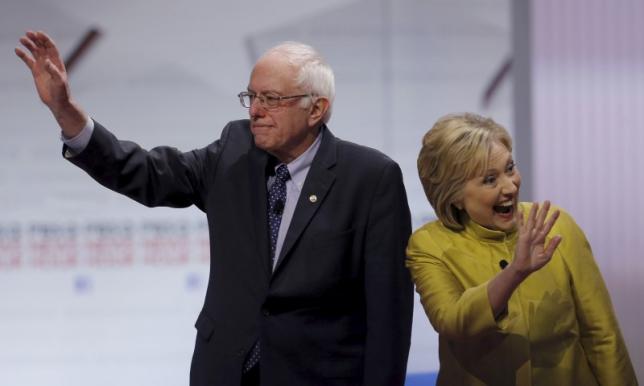 The race between Hillary Clinton and Bernie Sanders for the U.S. Democratic presidential nomination – once a civil affair – has taken a sour turn, with mud-slinging from both camps over the former secretary of state’s win in the Nevada caucuses.

Sanders’ supporters are alleging that foul play by casino managers helped Clinton out in Saturday’s contest, while Clinton’s camp has blasted – in at times vulgar terms – the Vermont senator’s assertion he took the state’s Latino vote.

The tensions reflect the tight battle between the two heading into next Saturday’s South Carolina primary. Sanders, who had surged in recent months to challenge front-runner Clinton, is trying to maintain momentum against her in a part of the United States where she wields an advantage among minority voters.

The angrier tone also marks a turn from what has been a mostly civil race on the Democratic side, in contrast with the noisy insult-hurling that has characterized much of the Republican race. .

While Sanders and the former first lady have publicly clashed on their approaches to healthcare and regulating Wall Street, they have frequently emphasized their common ground on social issues.

Sanders has also refused so far to join in Republican attacks on Clinton’s record as secretary of state. “Let’s talk about the real issues facing America,” he said during one televised debate.

The tone soured after Nevada.

Officials with National Nurses United, which endorsed Sanders, have said there were irregularities at casino caucus sites – such as casino managers wearing Clinton paraphernalia – which they said amounted to intimidation of casino employee voters.

“From what nurses observed in Nevada Sanders campaign should call for UN observers to protect democracy,” the union said in one Twitter post on Sunday.

Neither Clinton nor Sanders’ campaigns immediately responded to requests for comment on the allegations.

Meanwhile, both campaigns have argued about what the polling from the Nevada caucuses show. One set of entrance and exit poll results conducted by CBS News showed Sanders took 53 percent of Latino votes in the state. This is a critical group for Sanders as he seeks to broaden his support base after his early results – a very narrow loss and a decisive win – in Iowa and New Hampshire, which have overwhelmingly white voter populations.

“I don’t typically like to swear on Twitter, but by all accounts so far this is complete and utter bullshit,” Clinton spokesman Nick Merrill wrote on Twitter, referring to a Sanders’ campaign press release asserting he took the Latino bloc in Nevada.

Clinton has been expected to find easier territory as contests move into the south in the state-by-state battles to pick a party presidential nominee for the November general election. Her backers say minority voters are her “firewall” against Sanders’ popularity among young voters who dislike establishment politics and are attracted by his vows to take on Wall Street excesses and high college fees.

She won Nevada, which is nearly a quarter Latino, by just over 5 points.

Sanders’ camp, meanwhile, has disputed Clinton camp assertions that she drew the lion’s share of the union votes in the Nevada contest, accusing her campaign of inventing figures.

“They do have a tendency to make stuff up,” Sanders’ spokesman Michael Briggs said in an email.

The American Federation of Teachers issued a press release on Monday listing 23 unions that back Clinton.

America's angry voters divvied up by Trump and Sanders: poll