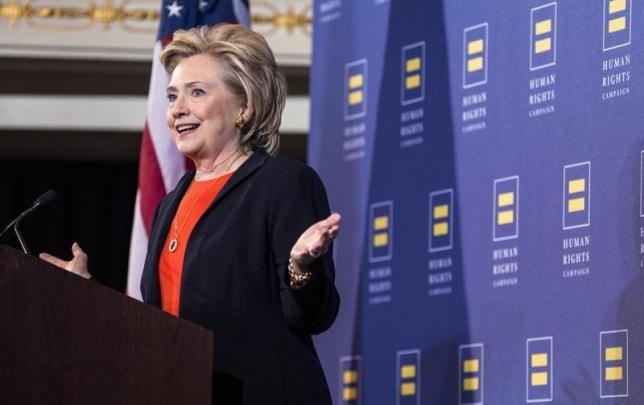 U.S. Democratic presidential front-runner Hillary Clinton, who has been vying with challenger Bernie Sanders for the support of organized labor, scored a win on Saturday with an endorsement from the National Education Association, a huge teachers union.

The NEA, the largest U.S. labor union with 3 million members, is the latest in a string of unions to support Clinton, including the American Federation of Teachers and the machinists’ union.

Clinton’s lead in opinion polls has been narrowing against Sanders, a Vermont senator who has rallied progressives with his pledges to tackle income inequality and rein in Wall Street.

NEA President Lily Eskelsen Garcia praised Clinton as a strong leader who would work for students, teachers and families “because she understands the road to a stronger U.S.economy starts in America’s public schools.”

Eskelsen Garcia said 75 percent of the 175-member board of directors voted to endorse Clinton.

Clinton issued a statement saying she was honored to get the NEA endorsement.

“As president, I will fight to defend workers’ right to organize and unions’ right to bargain collectively, and I will ensure that teachers always have a voice and a seat at the table in making decisions that impact their work,” she said.

Clinton is trying to win over labor, often a key source of volunteers and funds for Democrats in the effort to build a broad coalition within her party and avoid a potentially damaging, drawn-out primary fight.

In a setback for Clinton, the International Association of Fire Fighters has abandoned its initial plans to endorse her, the New York Times reported on Friday.

Clinton has struggled recently following a stream of news about her use of a private email server while secretary of state.

A rolling five-day Reuters/Ipsos poll dated Sept. 29 found Clinton’s support within her party at 44 percent, compared to 28 percent for Sanders. As recently as August she had 56 percent support for the nomination.

The winner of the primary contest will face the Republican nominee in the November 2016 election.

Labor leaders are pressing Clinton on issues ranging from the minimum wage to trade. One flashpoint is the Trans-Pacific Partnership, a proposed free-trade agreement backed by President Barack Obama but opposed by unions, which see it as bad for U.S. jobs and wages.