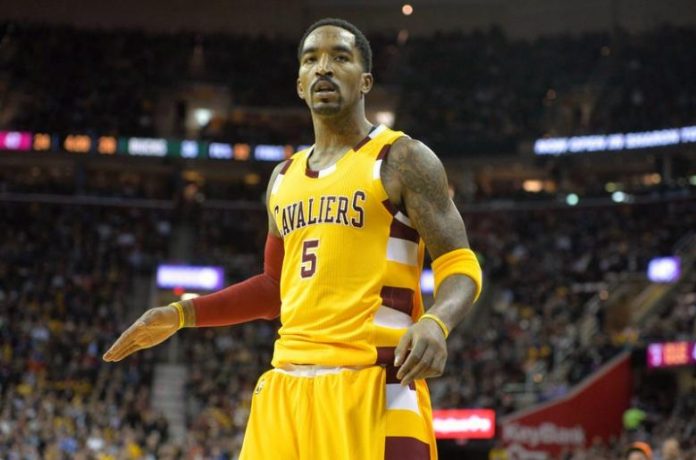 The reigning National Basketball Association (NBA) champions, Cleveland Cavaliers have already started their preseason play, which literally is the beginning of the team’s quest for a second straight title. However, this year could be very different for LeBron James and the rest because regular contributor J.R. Smith might see himself playing for another team. Up to this point, the veteran shooting guard has not come to terms with the Cavs for a new contract.

According to Frank Isola of New York Daily News, an old rival of Cleveland wants the 31-year-old free agent should his original team no longer need his services. The report said that the Boston Celtics would want Smith to be part of their bench before the start of the new season. Here’s an excerpt of the report:

“It is likely that Smith, a one-time Sixth Man of the Year with the Knicks, will re-sign with Cleveland but there are several teams that have interest in the shooting guard. One team is the Boston Celtics, whose second unit could certainly use a little scoring punch.”

But the biggest issue in trying to acquire Smith is the fact that he wants a payday of at least $15 million per season, which the Celtics can’t afford considering they only have $9 million remaining in their cap space. So if they want to snatch him, they would have to release or trade another player.

As for Cleveland, Smith’s insistence of a raise this season is looking more like a disaster for him. Judging by how negotiations have been going on for the past couple of months, it certainly looks like Cleveland won’t go beyond $11 million.

Wherever Smith ends up, though, he will surely be an immediate contributor, especially on the offensive side. He was an integral part of Cleveland’s title-winning squad last season and James previously signified that he wants the Cavs to re-sign him for this season.