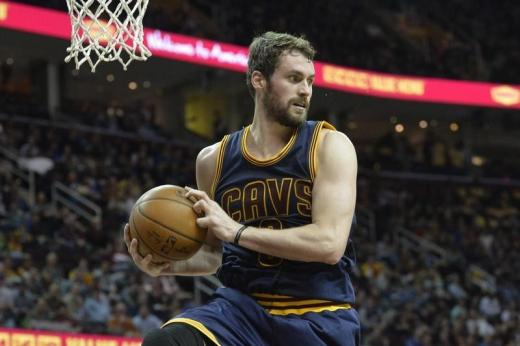 Contrary to earlier speculations, the Cleveland Cavaliers is not planning to trade power forward Kevin Love. This is according to David Griffin, the team’s general manager.

In an interview with ESPN 850 AM in Cleveland on Monday, Griffin said, “You’d have to go a long way to convince me that we’re a better team winning in the Finals without a player like Kevin on our team. We’ve never once put together an offer involving Kevin, nor have we taken a call on an offer for Kevin.”

The Cleveland Cavaliers was thought to be having another roster shakedown with Love speculated to be that possible trading piece.

Love, which the Cavs obtained in the 2014 NBA season via a three-team trade with the Minnesota Timberwolves and the Philadelphia 76ers, was speculated to be next on the Eastern-powerhouse teams’ chopping block.

ESPN basketball analyst Brian Windhorst said via Twitter on Jan. 22: “How surprised were Cavs players today? When team meeting was called, some players speculated Kevin Love had been traded”

The tweet was further reinforced by CBS Sports claiming that the former UCLA standout has been detrimental in the basketball court ever since the return of streak-shooting point guard Kyrie Irving from the injured list.

Love himself recently questioned the Cavs’ top-scorer Lebron James on his team role, after the disappointing loss in a Finals rematch with the Golden State Warriors on Jan. 19, as quoted in Fox Sports.

“I think a lot of things went wrong, a lot of things we need to clean up in our preparation, but I think they’re the better team right now,” Love shared. “We have a lot of things to get better at. That’s going to take a lot of guys looking themselves in the mirror and it all starts with our leader (James) over there and dwindles on down.”

Adding fuel to this trading fire was a report from Oregon Live mentioning that HBO sports analyst Bill Simmons put forward a CJ McCollum trade to the Cavaliers for Love. The said trade would not only advocate a much healthier locker room presence for the Cavs but would also save them $18 million in cap space for the revitalized Portland Trailblazers shooting guard.

The Cavs made headlines when they fired head coach David Blatt on Jan. 22. Blatt mentored the franchise to a finals appearance last season.