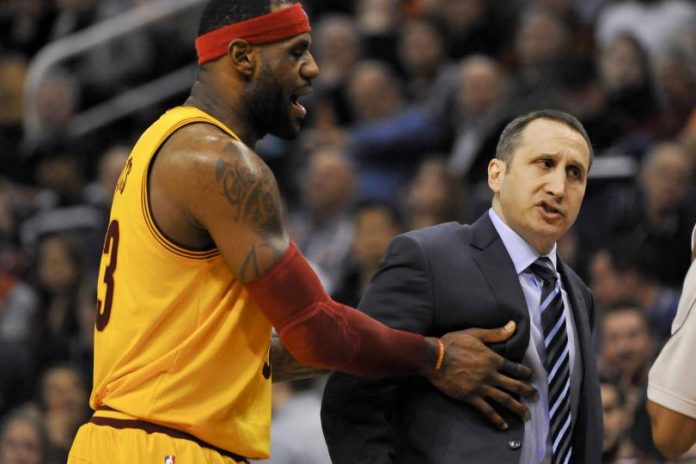 The Cleveland Cavaliers’ firing of head coach David Blatt last Friday continues to generate a lot of flak from the basketball community.

Caveliers owner Dan Gilbert has reportedly been, to a great extent, craving to be that head honcho who can finally reel in the coveted championship for the city of Cleveland, as mentioned in the NBA website. The city ? which has been in a drought for the past five decades in having a professional sports championship ? and Lebron James’ refusal to see Blatt eye to eye have been an ongoing puzzle for the Cavs’ organization. Further fanning the flame is the team’s incapacity to gain a “W” with the Western Conference’s top-tier teams.

TNT analyst David Aldridge, in the NBA site, said rather bluntly that “James, clearly, did not respect Blatt. Maybe, more accurately, he didn’t respect the idea of Blatt, as someone who had authority over him, someone that he had to listen to because he was the coach.”

It was a different ball game when James was still with the Miami Heat. The Heat’s head coach Erik Spoelstra didn’t mince words when it came to James’ mistakes, be it on practice or during film reviews.

Spoelstra’s decisiveness, however, was consolidated by the fact that Heat General Manager Patrick Riley had his back. Riley was rumored to be, as mentioned by Miami News Times via Stephen A. Smith, the reason why James bolted out of the Heat. Riley reportedly wanted no close associates of James to be involved during his tenure in South Beach.

Brendan Haywood, the former big man for the Cavaliers, further supported the gap between player and coach as he revealed to NBA: “I remember we had James Jones [talk] to Coach about how, ‘Hey, you can’t just skip over when LeBron James makes a mistake in the film room.’ Because we all see it.”

Yahoo! Sports has reported that some Israeli fans have gone way too far with their remarks toward the Cavaliers’ camp. Some basketball fans have reportedly equated James to a terrorist for having Blatt, an Israeli-American, lose his job.

An Israeli Cavalier fan who couldn’t watch the game due to the sudden censure of Cavaliers-related basketball even posted on Twitter: “Israeli TV won’t put the Cavs games on now since Blatt got fired and now everyone hates Lebron. Really messing with my Bron viewing.”

Blatt had a successful campaign of being a Euroleague coach before he joined the Cavs in 2014.

'How To Train Your Dragon 3' spoilers: Hiccup and Toothless gear...