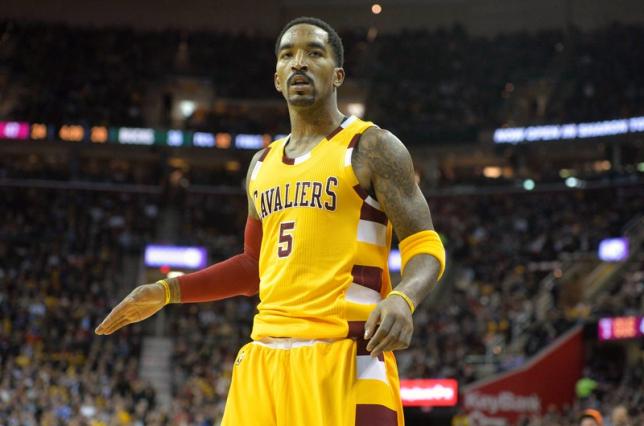 The Cleveland Cavaliers are on top of the Eastern Conference with a two-game lead against the second place Toronto Raptors. But with the season heading into the last grind, the Cavs, just like many teams in the league, want to have their best players fresh and healthy in time for the postseason. So when they opted to give superstar LeBron James the day off against the Washington Wizards, the team began to unravel.

Facing a nine-point cushion after the first half, head coach Tyronn Lue went full force by putting in Kyrie Irving, Tristan Thompson, Kevin Love, and J.R. Smith on the floor in the hope of erasing the deficit. Instead, the lead ballooned to 19 in the early moments of the second half. So Lue didn’t have any other choice but to pull them out. “The starters didn’t give the effort we wanted, we needed,” the freshman head coach said, per report from USA Today. He was later asked if the players knew they needed to step up without James. “You would think so,” he answered.

But guard J.R. Smith had something more interesting to add after the 113-99 loss to the Wizards last Sunday. Talking to ESPN.com, the veteran wingman couldn’t hide his disappointment from the team’s lackluster effort, although he didn’t mention any names or point any fingers. “We can’t play basketball like this going down the stretch,” Smith said, referring to his team’s breakdown so close to the playoff period.

The Cavs currently have a record of 42-17 and are the No.1 seed in the East right now, but losing three out of the last five games is a cause for concern. Smith himself did not play well, producing a measly eight points and four rebounds.

Though Cleveland is leading an entire conference as of the moment, there really is no certainty as to when they can keep it up. They fired David Blatt after managing a record of 31-11. So the question really is can they sustain a winning run with Lue at the helm?