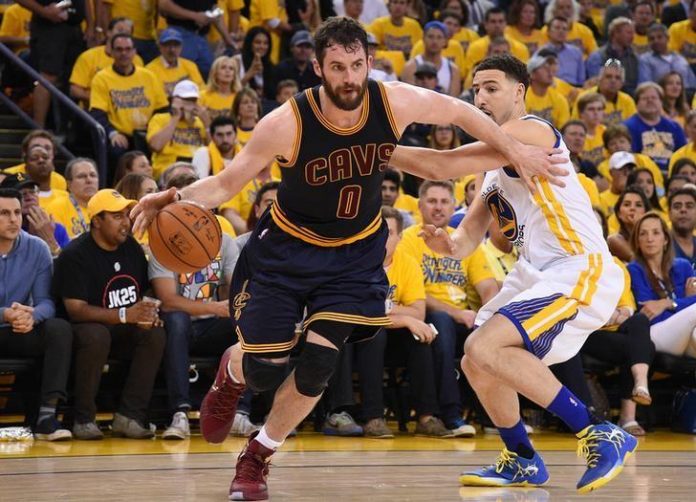 No amount of success can save a team from all the trade rumors when the National Basketball Association (NBA) offseason comes around. Such a situation is applicable to Kevin Love whose summer was bombarded with numerous speculations regarding the supposed end of his stint with the Cleveland Cavaliers.

The power forward/center for the defending champs has been hounded by trade rumors for quite some time now. These reports, however, have lacked any sufficient evidence to merit a second look. But it is no secret that Love has played a love-hate game with some fans of the LeBron James-led team.

Love has been praised well for his breakthrough games and even his impressive work inside the paint, but critics and fans were also quick complain whenever he had mental lapses during games. Despite this, the California native is raring to begin the new season of the NBA promising a better version of him coming off a very different in between tourney break.

“This offseason was a lot different to where I was able to get back to exactly what I wanted to do, knew what I wanted to get accomplished, and it was an easy transition coming off of the Finals to get back into my routine that I had basically every summer before [the last two summers] and that was basically to have a really scheduled and well-documented and put-into-place schedule of working out the entire summer,” Love told SB Nation’s Fear The Sword in a recent conversation.

In defense of the 28-year-old, the past two summers had not been the most conducive time to prepare for an impressive showing once the games rolled out. Last year, he was plagued with an injury that caused him to recuperate until after the tournament started. And then back in 2014, he has just landed in Cleveland coming from his long stint with the Minnesota Timberwolves.

With a more ideal situation, at least with his individual health coupled with the decrease in pressure to prove himself in the league, Love insinuates a more relaxed but still focused mindset entering the new NBA season.

“I think in some ways, the monkey’s off our backs, so the pressure has subsided a little bit but not the hunger, especially to repeat,” he said in a separate conversation with UPROXX. “Also, being in the position of going after another [title], and knowing the weight that holds, looking at some of the best teams of all time having gone back to back and having the potential to do that does add a level of pressure.”

Love, LeBron and the rest of the Cleveland Cavaliers will be up against the New York Knicks on their home court on Oct. 25, 8 p.m. ET.

'Supergirl,' 'The Flash' news: why Greg Berlanti chose The Flash for...