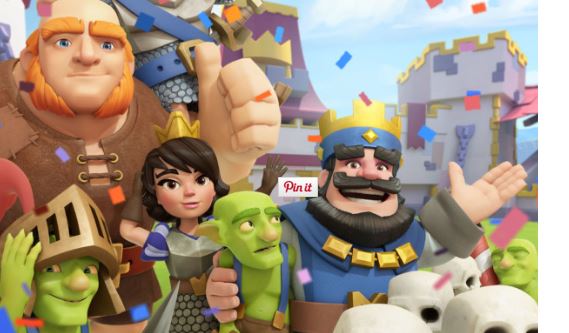 Developer Supercell has released a new game called “Clash Royale” that looks like a spin-off of its very popular game, “Clash of Clans.” Just a few weeks in the market, there are already cheats and even a copy version of the strategy video mobile game.

“Clash Royale” was just recently released, taking some inspiration from the characters of “Clash of Clans” infused with tower defense and collectible card games. The game already had a global launch early this month, but the developers are encouraging users to provide their feedback on the said game. For those who are yet to try the new game, “Clash Royale” may be downloaded from this site.

There are already reports and cheat references that will help players, especially those who are new but want to get ahead quickly. iDigitalTimes listed down some of the techniques that they recommend based on their first-hand experience.

For instance, the report revealed that for deck 1, the Barbarians are the best character to use as they can resist the skeleton army better. It may also be combined with other characters such as Witch, Spear Goblins, or the Mini Dragon for an offensive play.

On the other hand, the write up suggested using Giants in deck 2 as the main fighter as they can also destroy the opponent once the character is down. The Giant Skeleton is said to be combined best with a Witch or Musketeer.

Meanwhile, a Chinese cloner reportedly copied the game just a week after it was launched, said Venture Beat. The artwork of the Chinese version is said to feature Chinese characters, while the theme has been made into a medieval eastern era.

“Clash Royale” is currently the number one in the top downloads in the U.S. Apple Store, just 12 hours after its launch. It is also the second top grossing game as of writing.