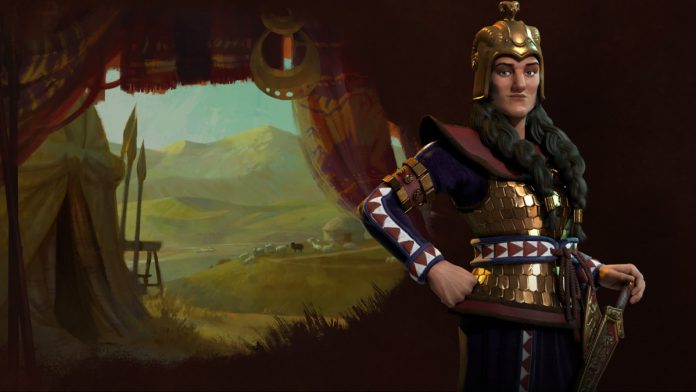 Developers at Firaxis Games introduced a new playable civilization called Scythian on their official “Civilization VI” YouTube channel on Aug. 9, and it looks like the new civilization would be an early game nightmare for their foes.

The video shows that the Scythian has a unique unit called the Saka Horse Archer, which does not even require the Horse resource to construct. Furthermore, whenever a Saka unit is built, players will get two of the units instead of one. So, expect gamers using the new Scythian civilization to spam a horde of horse units early in the game to take advantage of this bonus.

According to the “Civilization” website, the Scythian is led by Tomyris, the female ruler who famously killed Cyrus the Great. In the game, she has a special ability that gives her units a damage bonus whenever they attack wounded enemy units. She also has the ability to slightly heal her units whenever an enemy is defeated. Tomyris’ two unique abilities added on the Saka unit can be quite devastating for opposing civilizations.

The new civilization also has a unique tile improvement called the Kurgan, which gives them additional faith and gold. It also comes with a bonus when it is built next to pastures. However, it cannot be built on hills or next to another Kurgan. With this unique tile improvement, expect the Scythian to have an advantage in religion early in the game.

When controlled by the game’s AI, the Scythian will also act as a sort of police since they will get mad if a player declares war on other civilizations.

“Sid Meier’s Civilization VI” is now available on pre-order. The game will be released worldwide on Oct. 21, and it will be available on Windows, Mac, and Linux.

Actor Sean Bean is also confirmed to be the narrator of the game’s tech tree.

Papertowns release date fans re-reading the novel ahead of July...