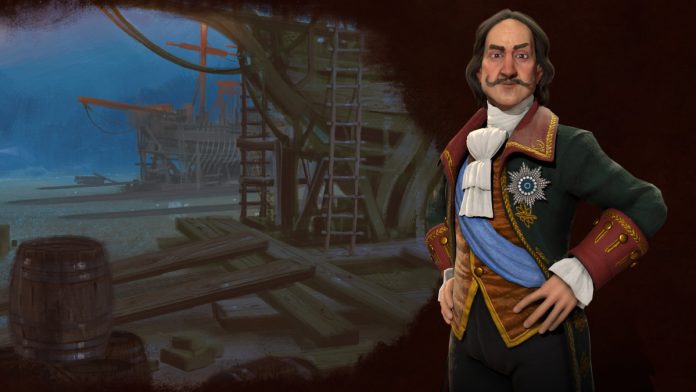 In the build-up to “Civilization VI’s” release on Oct. 21, 2K and Firaxis Games continue to slowly unveil the playable civilizations that are going to be part of the game and this week’s trailer is all about the Peter the Great and the Russians.

As shown in the trailer, Russia’s strengths lie in its ability to expand and acquire land at a quicker pace thanks to the civilization’s unique ability. This ability gives the Russians extra territory when new cities are built, and the civilization also gets additional bonuses on Faith and Production from Tundra tiles. These tiles are not very useful for other civilizations; however, Russia can get the most out of them. Russians do live in colder climates after all, so they are used to the cold.

Russia’s unique district is called the Lavra. When a Great Person is used in a city with a Lavra, a tile is added to the city’s cultural border. By using Russia’s unique ability and the Lavra, players can quickly expand their territorial borders.

Peter’s unique ability is called the Grand Embassy. This ability allows Russia to receive extra Science or Culture from trade routes with more technologically advanced civilizations. Peter is known for his reforms which modernized Russia in real life, so this ability certainly makes sense.

As expected, Russia’s unique unit is the Cossack. The unit is much stronger than the regular Cavalry unit it replaces and it can also move after attacking.

Meanwhile, “Civilization VI” is coming to Mac computers after all. 2K has announced that Aspyr Media Inc. is going to be developing the Mac version of the game. However, the release date for the Mac version was not mentioned, although several commenters on Steam believe it might come out on the same day as the Windows PC version.