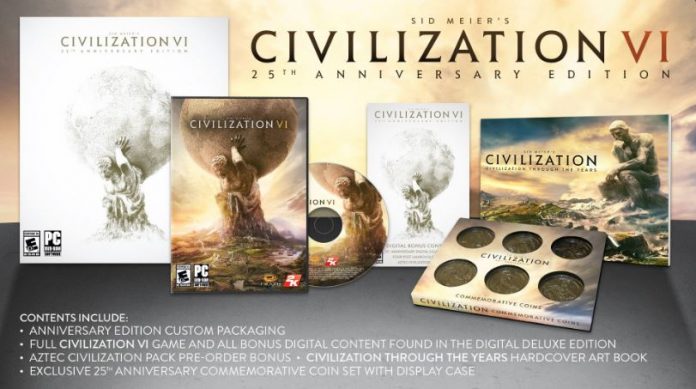 Sid Meier’s “Civilization 6” was given the nod to have its first update with the title “The Fall Update.” With the new update, two of the most requested features for this game are granted renaming cities and fixing the loophole in units deletion. The game is rumored to be highly popular now that it sold over a million copies already in more than two weeks following its launch last October.

The rumored additional features will include the player having the power to rename his conquered cities. The new version will also identify in what particular tile the gamer will be able to find the next city to conquer. Game enthusiasts likewise welcome the idea of having to close a loophole around deleting units. It only shows the player will no longer be rewarded with gold for getting rid of a unit. They can wage a death battle for the unit then sell the unit for more money.

The new “Civilization 6” also shared some spoilers and cheat sheets to help game enthusiasts. The first one is winning by domination. To be triumphant, the player must capture first all his opponent’s capital cities. The enemies could take the form of Ai or just other human players. Another practical strategy is through the mastery of Science. The player can form colonies or build a satellite in a planet to be a frontier in space.

Another winning strategy is by trying to covet through Religion. Spoilers did mention that converting subjects from other civilizations to approximately 50 percent of the population will be triumphant. The best civilization to execute this strategy is India.

According to website VG24/7, the game now ranks third among the most-played game on Steam. This puts “Civilization 6” trailing behind “Counter-strike: Global Offensive” and “Dota 2.” It is even above “Civilization 5,” “The Elder Scrolls: Skyrim Special Edition” and “Team Fortress 2.”