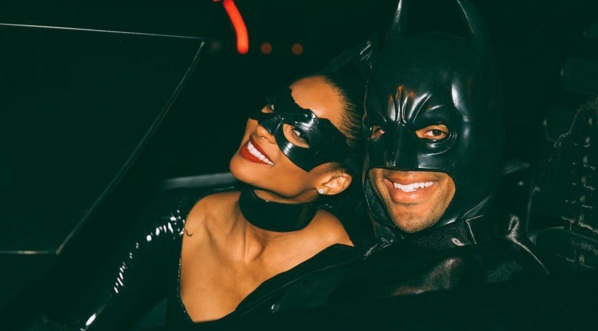 When singer-songwriter Ciara turned 30 on Oct. 25, she was surprised by her boyfriend of at least five months, Russel Wilson, with a superhero-themed birthday party at the Warner Brother’s lot in Burbank, California. The Seattle Seahawks quarterback had a rare weekend off during the current playing season, giving him time to arrange a special treat for his girlfriend.

According to a source of People magazine, Ciara was given specific instructions to change into a Catwoman suit and put on the mask that goes with the costume. Russel then met her at the parking lot wearing a matching Batman Suit, and beside him was the Batmobile, which is going to be featured in the upcoming “Batman v Superman: Dawn of Justice” movie. The couple then jetted off riding the famed superhero car and met up with Ciara’s closest family and friends to formally kick-off the celebration.

Among the invited guests were Ciara’s famous friends, Serena Williams, Kelly Rowland, Jeff Dye, Lily Collins and Beyonc, all donning their choice of superhero getups. However, one guest stood out from everyone as Future Zahir, Ciara’s 1-year-old son with ex-fianc rapper Future, joined his mom’s birthday party dressed up in a Superman costume looking adorable.

The “I Bet” singer and her beau made headlines last summer when they announced that they have chosen to practice abstinence until they get married.

“It’s until the deal is sealed. Absolutely! I think both of us look at each other and we’re like  whooo! But we take it one day at a time and keep it going with each other and I’m really enjoying every day that we’re sharing,” Ciara said in an interview with Access Hollywood Live.