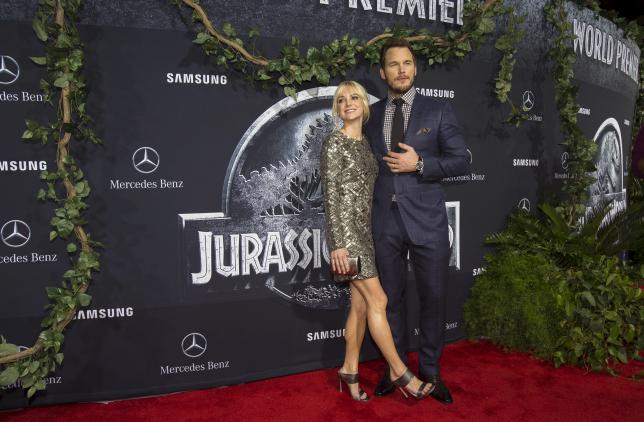 Gone are the days when Chris Pratt acted as the comedic, almost 300-pounder Andy Dwyer in Parks and Recreation.

With a recent box-office success of Jurassic World, he has become one of the most in-demand lead actors in the industry today. Pratt shared his journey of losing 150 pounds as he graced July’s cover of Men’s Health magazine.

Pratt revealed that he is aware of his transformation and shared that being prepared to develop one’s body is important.

“As an actor, I can’t have proper mental prep without proper physical prep. Even though I knew it deep inside, it look me a long time to realize how getting physically sharp helps me get ready for other things in my life.”

The interview mentioned that the actor recently participated in a triathlon with two friends who are former Navy SEALs.

He said that having someone to work out with gives him the “feeling of accountability” to finish what he was set out to do.

“That’s the benefit of enlisting a friend to work out with you. There’s this feeling of accountability it might otherwise seem easy to bow out of all this work, but Jared [SEAL training buddy] is the kind of friend that when you say you’re going to do something, you do it,”  he said to Extra TV.

He added that with exercise, he feels that he is adding several years to his life which he claimed is really important for him especially that he has a two-year old son with wife, Anna Farris.

The actor also shared with Health.com that when he was heavier, he would eat a lot of Farris’s meals as she reportedly loves to cook.

When he started slimming down for his role in the movie Zero Dark Thirty, he decided that he wanted to stay slim and get in shape. He admitted that he changed the way he eats and started having a wholesome diet.

As for Farris, she said with a laugh: “Chris won’t let me cook those meals for him anymore. It’s just sad.”