A famous Chinese video blogger and “rooftoper” has died after falling from the top of a 62-story building while performing one of his daring high-rise stunts.

Wu Yongning fell from the summit of the Huayuan Hua Centre in Changsha, in China’s Hunan province. Captured footage of the incident shows that the rooftop climber lowered himself on the side of the building and did some pull-ups. He struggled to get back up and lost his grip. The climber fell 45 feet onto a terrace where his body was later found by a window cleaner.

The 26-year-old former background actor died on Nov. 8, but his death was only confirmed by family members on Dec. 8. Fans of the online personality started expressing concerns when Wu stopped posting updates until his girlfriend confirmed his death on the social media platform.

Wu started performing the high-rise stunts at the beginning of the year. He continued to do so after discovering that he could earn a lot of money by posting videos of the precarious feats online.

The so-called “rooftopper” regularly posted photos and videos of himself performing dangerous stunts on top of skyscrapers on Chinese social media site Weibo where he has over 60,000 followers.

Footage of the incident was captured on a camera that Wu had placed on another part of the rooftop in order to record his stunt. According to sources, Wu was offered a prize of around $15,000 for performing the risky stunt. However, no details about the sponsor were revealed.

“Rooftopping” is a dangerous trend popular in developed cities. It involves climbing skyscrapers and performing risky stunts on top or on the edges of the buildings, while recording videos or taking photos of themselves. 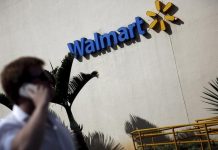