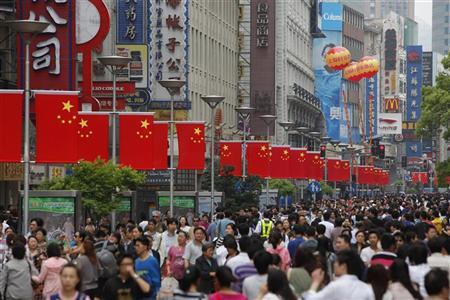 A rapidly aging population and a diminishing work force are behind China’s abandonment of its one-child policy, allowing couples now to have two children instead of the restricted one child per couple.

The Washington Post writes that the Chinese Communist Party has foreseen “potential labor shortages” and “rising numbers of elderly people” that would contribute to a possible decline of their economy in the near future. No time frame has been released as yet as to when this policy will take effect, only that the party will “fully adopt the policy that one couple is allowed two children [and] actively take action on aging population.”

This one-child policy has been enforced since 1980, more than 30 years now, in order to manage population surge and limit the demands for water and other resources. It applied only to the ethnic Han population while those from among ethnic minorities were allowed more than one. A revision in the policy was made after five years, allowing rural couples up to only two if the first child is a girl.

Although it has done its work in controlling overpopulation, it has come at the price of social evils as infanticide, forced abortions, and even sex trafficking. This stringent policy has also caused an imbalance in the population’s sex ratio because of the preference for male children in the Chinese culture.

Linyi farmers told the Washington Post that, in 2005, local authorities came and rounded up women who were pregnant but already had two children to force abortion. Couples with two children were also visited and sterilization of one parent demanded.

The announcement on Thursday effectively removes all restrictions that limit couples to just one child. A woman from Guangzhou expressed her pleasure at this lifting of restrictions, being very eager to have one more child before she gets too old and give her daughter, now 8 years old, a sibling.

“I have looked forward this for so many years even had dreams about it! I cried every time when I woke up and realized it wasn’t yet true. I thought it was so unfair,” Su Weihu shared with CBC News. “I do not care if the second child is a boy or a girl, at my age, as long as he or she is healthy.”

This change in policy is not assurance of a population boom, with rising levels of infertility among its population and the view among younger population who grew up to the one-child policy that a smaller family is ideal.

WikiLeaks' Assange calls on Sweden, Britain to allow him freedom after...