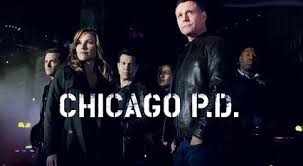 After a rocky season 2, Sophia Bush hopes her character Det. Erin Lindsay will finally find her way back to normalcy when Chicago P.D returns in the fall.

In an interview with the Hollywood Reporter, Bush said that Erin had to deal with a lot of heartbreak in the last season from having a job that didn’t last, to a failed romance with Halstead and finally with the death of Nadia.

“This is getting to the very core of who she is as a person and it slays her vulnerability open in a way that I don’t think she knows how to cope with. I’m hoping at least that that’s not something that when we come back in season three, everything’s OK, “the actress said.

Earlier in the season 2, Lindsey had left Intelligence to join a federal task force. The storyline was supposed to last for eight episodes but fans didn’t appreciate the shift in the dynamics so the showrunners had to pull the plug on it, the Inquisitr reported.

However, when Lindsey turned over her badge and quit Intel at the finale, it was a different matter.

Bush said she expected there to be a time jump when the show returns, although writers are still trying to figure out how to proceed.

“At this point, nothing is set in stone. It’s really a conversation but we’re certainly picking apart all of the options and trying to figure out what will be best. There’s a part of me that would like for us to pick up the day after she quits and see what happens. Hopefully it will take a couple of episodes for her to want to go back. As much as I agreed that she would make a very immediate, cutthroat decision about the wrong working environment at the task force, I would like for this to not wrap itself up so quickly,” she said.