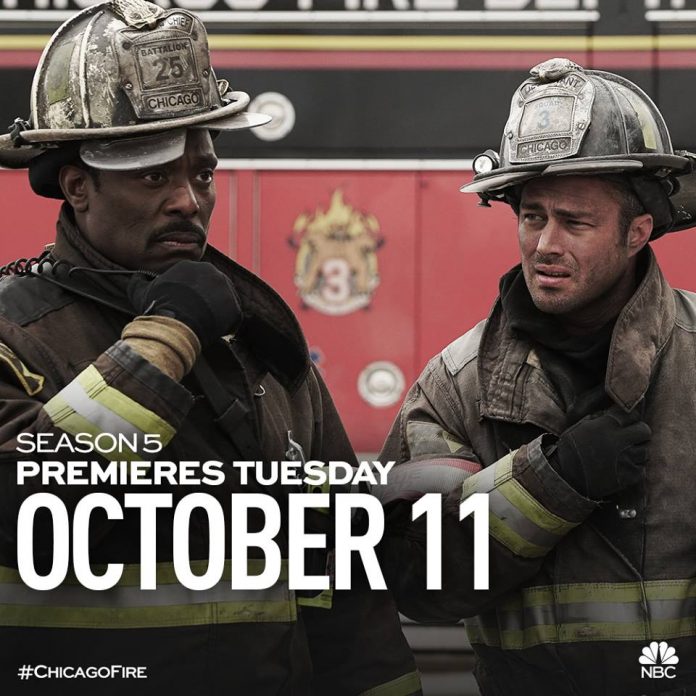 Actor Scott Elrod is making his way to the upcoming season 5 of NBC’s drama “Chicago Fire.”

According to TV Line, the “Grey’s Anatomy” alum, who portrayed Meredith’s (Ellen Pompeo) army doctor love interest, has landed a multi-episode arc on the show and will play the role of Travis Brenner.

The character is described as “a drop-dead gorgeous ‘lifestyle’ celebrity with a million Instagram followers.” He will cross paths with Kelly Severide (Taylor Kinney) after a fire call, after which the rescue squad lieutenant will be tempted to join Brenner’s fast-paced inner circle.

“This guy always has a party going on, always has a new adventure to rope in a new friend,” executive producer Derek Haas told Entertainment Weekly.

“He feels like Severide is a real guy, not the usual hanger-on, entourage type of guy that he’s used to hanging out with, so he’s attracted to Severide in that way. He’s going to cause some mischief over the first three episodes,” the showrunner added.

Elrod will make his debut alongside recently promoted Miranda Rae Mayo. The latter joined season 4 for the recurring role of Stella, who had a romantic connection with Severide. However, their relationship ended on a cliffhanger when her unhinged ex-husband Grant (Guy Burnet) suddenly returned to her life.

“These characters are really kind of made for each other. There’s real chemistry. We want to explore that. It’s just a matter of when it can be explored, because we want to play that this complication from her ex is a real complication,” executive producer Matt Olmstead previously said about Severide and Stella’s relationship.

Meanwhile, the network revealed that they are planning to have a four-way crossover with the “Chicago” franchise presumably in the spring of 2017.

Aside from “Chicago Fire,” NBC Entertainment president Jennifer Salke teased during the recent Television Critics Association summer press tour that they may bring together “Chicago Med,” “Chicago PD,” and “Chicago Justice,” as soon as they are able to sort out the schedules of the cast and crew.

Battleborn beta: gamers have until Oct 29 to register for closed...