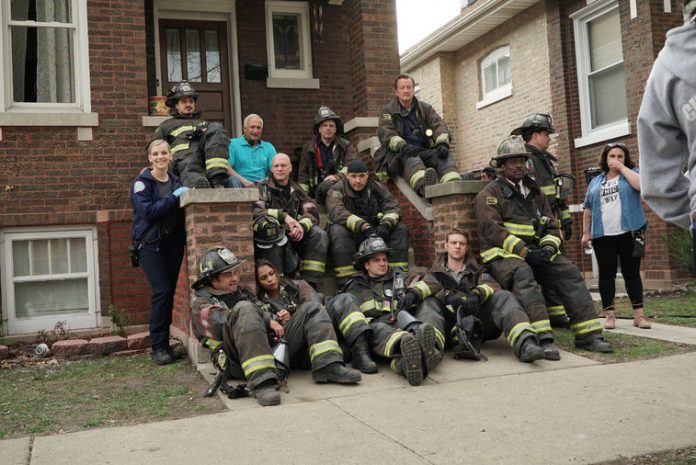 When NBC’s thriller and drama series, “Chicago Fire” returns on October 13 for season four, viewers may finally learn what happened to Matt Casey.

On season’s three finale, Gabby Dawson went to Casey’s house to show him the result of her pregnancy test. However, she only discovered a gruesome scene with the strip club employee Katia dead among the wreckage. Casey is missing and nowhere to be found.

Talking to The Hollywood Reporter, showrunner Matt Olmstead is tightlipped when it comes to the fate of the two characters, “The mere fact that we’re in the room having a robust discussion about what those ramifications could be was a good sign that we’re on to something. It’s better to have a couple different possibilities, even though there are pros and cons to everything, rather than to play it safe and have the relationship fizzle out.”

He hinted that if Dawson really turned out to be pregnant, she may have to be reassigned off the firefighter truck and get the alternative desk job.

Her pregnancy though does not necessarily mean that she will get back into a relationship with Casey, “The first thought is, “OK, I’ve got to deal with this. And I’m going to go inform a guy that, obviously, I loved” and she loves still in a sense “but we’re not together anymore. So I don’t want him to make any decisions based on an external impetus,” TV Line reports. Olmstead said that she may be too proud and thinks that Casey may want to be with her in his own terms.

He added that when it comes to Casey’s reaction of the pregnancy, he will try to downplay the news and be protective right away. But as of now, it is possible that either Casey has been kidnapped or he may be framed for Katia’s murder.

The showrunner also teased that fans may see a new character added to the truck as Mills graduated off the show. He also revealed that Chili, played by Dora Madison Burg, will have a more permanent role.

The theme for the fourth season will reportedly revolve around changes of roles in the firehouse and within the characters’ personal lives, “People get knocked out of their comfort zone a little bit and we see how they react to it,” Olmstead further revealed.