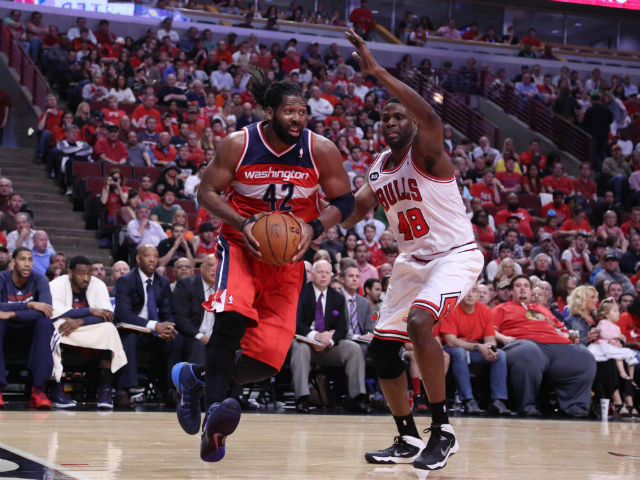 Chicago Bulls is shaping up to have a solid roster after re-signing Jimmy Butler, Mike Dunleavy, Jr., Aaron Brooks and new head coach Fred Hoiberg taking over for Tom Thibodeau.

However, reports claim that the team may be able to do better with a few changes and additions.

Some speculation points to Taj Gibson as a possible trade-off. It has reportedly been noted that averaging 10 points and six rebounds per game last season, he has lost playing time when Pau Gasol was added on board.

There are also rumors suggesting that Gibson has come up in trade talks last year especially since the Bulls may also be looking for another center.

According to Sports World Report, Gibson is recuperating from his ankle surgery which may put him off the courts for a few months. With his condition, the Bulls isn’t making the most out of his $8 million salary. The report speculates that this makes him a likely candidate for trading.

Meanwhile, Nazr Mohammed has personally written on his blog that he is thinking whether he should play for the new season or pursue another career, HNGN reported.

He said that after playing his last three seasons with the Bulls and now being a free agent, he is considering if he can still handle more games, “I’m currently at a point where I’m trying to decide what I do next continue playing basketball or pursue a post-playing career. There are a few factors in play that are making this decision kind of tough for me.”

He added that he is doing physical workouts to see how far he can go, “I’ve even amped up my workouts to challenge myself to see how much basketball is left in me… I’m not giving myself a hard deadline. But over these next couple weeks I’m trying to really investigate the opportunities and roles that have presented themselves,” he revealed.

He also mentioned that one possible career shift he may do is to be a sportscaster as he said that he had caught the “broadcaster bug” after his participation at NBPA’s Sportscaster U last month.