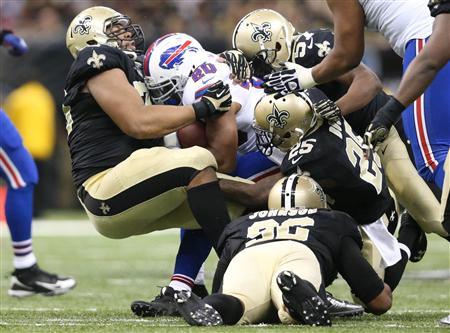 The Chicago Bears are not done yet. With the season right around the corner, the team is busy rebuilding its defense, this time adding another player in defensive end Akiem Hicks to a two-year contract that is reportedly worth $10 million.

NFL media insider Ian Rapoport first reported about the deal, while the team made the official announcement on Sunday night. The 26-year-old actually was on the brink of making a deal with the Detroit Lions, but the Bears did everything to stop it. The defensive end played for the New Orleans Saints and the New England Patriots last season, where he managed to produce three sacks and 23 tackles.

In an interview with the Chicago Tribune, Hicks revealed that he ultimately decided to sign with the Bears because he wanted to play and work for someone he’s familiar with, whom he referred to as general manager Ryan Pace.

The Bears are supposedly one of the weakest defensive teams in the league this offseason, but it was Pace who made sure they’re focused on signing players who can provide them the help they need. While the team still has a lot of improvements to make, the addition of Hicks, to play with nose tackle Eddie Goldman is definitely good news.

Hicks played in 61 games for the New Orleans Saints, starting in 2012 up to the trade in September 2015 that sent him to the New England Patriots. He started in 33 games for the Saints, according to The Associated Press, where he had 140 tackles in the regular season and 10 tackles in the postseason, all of which were made in a span of four years.

The Bears may be a longshot to win the Super Bowl this upcoming season, but the important free agent signings might go down to be very crucial decisions in the long run.