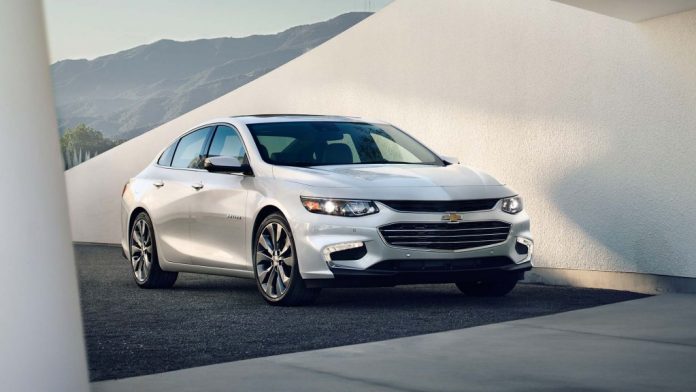 Known for its spacious and economical fuel usage, Chevrolet has overhauled its overall design and capability in Chevrolet Malibu 2016 to make sure that both loyal and new customers are always safe on the road.

Available later this year, Malibu 2016 comes in four trim levels L, LS, LT and Premier. The body is two inches longer than Malibu 2015 at 193.8 inches, with a width of 73 inches and height of 57.7 inches. The wheelbase is four inches longer at 111.4 inches allowing for more room inside. With its weight said to be 300 pounds lighter than the current model, it also helps conserve fuel.

Safety measures include standard 10 airbags, camera mounted at the rear, warning alert for front pedestrian, blind spot, cross-traffic at the back, and sensors for parking and lane-keeping.

Additionally, it will feature the so-called “Teen Driver” system which may put parents at ease when their teenagers drive as it has a tracking device that records distance and maximum speed. It can also document any warnings issued by the car when the driver is over-speeding, or mute the background music when seatbelt is not fastened on. It can also give alert signals when there is an impending front collision, forward-collision brakes and antilock brake events.

Malibu 2016 boasts of Wi-Fi and 4G LTE on board which the company claims to be one of the first for midsized cars.

Under the hood, the vehicle is powered by Ecotec turbo-charged 1.5-liter four-cylinder engine, 160 horsepower and torque of Hyrda-Matic 6T45 six-speed automatic transmission which clocks in 27mpg and 37mpg on city road and highway, respectively. It carries 1.5kWh lithium-ion battery pack in 80 cells in providing electric power of up to 55mph.

Chevrolet has not announced the price range yet but some reports claim that it will be close to the current Malibu model which retails at $23,290.