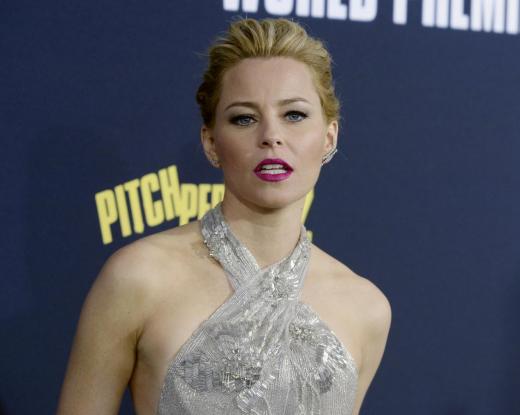 Empowered women franchise, “Charlie’s Angels” is reportedly getting a reboot with a female director taking the helm.

The Hollywood Reporter exclusively shares that Elizabeth Banks, who had her directorial debut with “Pitch Perfect 2”, is in talks with Sony for the upcoming movie about three attractive women who are undercover detectives. She will also produce the film alongside husband and producing partner Max Handelman.

The franchise is originally based on the classic 1970s televisions series “Angels” which made Farrah Fawcett, Kate Jackson and Jaclyn Smith household names. They portrayed the roles of dissatisfied police graduates who were given the tasks of a meter maid, office worker and crossing guard. After being mysteriously recruited, they work for their benefactor Charlie Townsend who they never met face-to-face with Bosley as their sidekick.

Fawcett left after the first season and was replaced by Cheryl Ladd, although she appeared in some episodes as a guest star. Tanya Roberts also joined the cast further down the line.

The show got its big-screen adaptation in 2000 with Drew Barrymore, Cameron Diaz and Lucy Liu headlining the movie and Bill Murray as Bosley. The first installment was a hit among moviegoers but the sequel in 2003 titled “Charlie’s Angels: Full Throttle” was not greeted with the same enthusiasm.

Another attempt for TV revival was made in 2011 starring Minka Kelly, Annie Ilonzeh, and Rachael Taylor. However, it was cancelled after only four episodes.

With the pre-production at the initial phase, the producers and the studio are reportedly looking for a writer to pen the script.

In terms of all female-led cast, E! Online listed some of Hollywood A stars who would be a great fit to take on the characters of the spies including It girls Kendall Jennar, Gigi Hadid and Cara Delevingne; besties Taylor Swift, Karlie Kloss and Selena Gomez; “Friends” alum Jennifer Aniston, Courteney Cox and Lisa Kudrow; and comedy greats Amy Poehler, Tina Fey and Maya Rudolph.

Who do you think should be the next Charlie’s Angels?

ABOUT US
VineReport provides the top and most engaging news stories from around the globe, from world and politics to entertainment and sport. We seek to bring the freshest news each day from the spectrum of stories that matter the most to you.
Contact us: [email protected]m
FOLLOW US
© 2017 Vine Report. All Rights Reserved.
MORE STORIES

Sword Art Online seasons 3 and 4: May see adventures of...