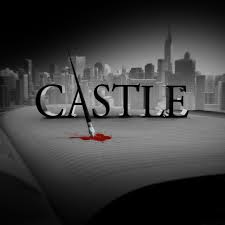 After what Cinema Blend reported as an initial fear of losing Stana Katic or Kate Beckett, the new Castle show runners dropped a bomb on the internet after dropping one of the major characters since Season 4. Penny Johnson Jerald is no longer joining the cast for season 8 as Captain Victoria Gates or “Iron.”

She did confirm this via a Twitter announcement: “To my Castle fans around the world, as of late yesterday I am surprised and saddened to learn that I will no longer be a part of the Castle family. Thank you all for your support and love. Hugs from PJJ”

Apparently, NYPD’s most serious face in the Castle setting was seriously surprised by this sudden turn of events for her.

This opens another option for crowd favorite Kate Beckett since she was initially rumored to run for senator. She can now either run for senator or be a captain of the precint.

David Amann was a former show runner who left the show just a few weeks shy of Jerald’s painful announcement on Twitter. The International Business Times reports that the 54-year-old actress have been around in the show for 60 episodes beginning in Season 4. In the plot side of things, this may be part of the promised creative tweaks and introduces some element of unpredictability on the turn of events for the characters who remain.

Jerald is not the only one shocked by the news. Deadline‘s report demonstrated a real shock to Castle fans who have liked her but some expressed that she is better off in more involved roles in 24 and may have a better project lined up soon. A Julliard graduate of acting, Jerald is known for her roles at Castle, the Larry Sanders show and a more involved character in 24.