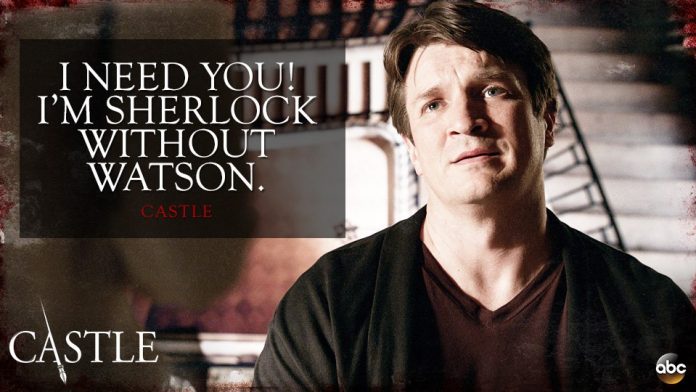 Daytime soap opera actor Maurice Benard is joining the ABC’s detective drama series “Castle” for a short stint in one of the episodes for season 8.

According to TV Line, the “General Hospital” star will appear alongside Alan Masters who portrays Jonathan SIlverman, described as a survivor of an attempted murder. He will help Castle (Nathan Fillion) and Beckett (Stana Katic) in solving the case and to catch the possible killer. The installment is deemed to be a murder-less one and is slated to air sometime in April as the current season’s 19th episode. It remains to be seen which part of the ensemble Benard will be playing.

Benard took it to Instagram to share a photo of himself with Fillion and Silverman which he captioned with, “It was a blast working with these two pros and the well oiled machine that is @castle_abc @natefillion @jonnysilverman.” He previously teased his part in the series saying, “On my way to film @Castle_ABC Love the show excited to do something different.”

Meanwhile, upcoming new episode titled “The G.D.S” will have Castle returning to Los Angeles to search for the truth about the mysterious time he missed. He will be accompanied by Alexis and Hayley. The sneak peek teased that he will get a note from the Society to join them at the famed Hollywood Forever Cemetery.

The synopsis reads, “Castle returns to the City of Angels in search of answers about his missing time. But things take a deadly turn when he’s recruited by the legendary Greatest Detective Society to help solve a murder. Summer Glau and Gerald McRaney guest star as Kendall Frost and Mason Wood, respectively. Frost is the heady private detective in L.A. who competes with Castle in trying to solve the murder while Wood is the head of the Greatest Detective Society.”

Subaru Impreza news: Subaru Sedan Concept gets an airing at 2015...