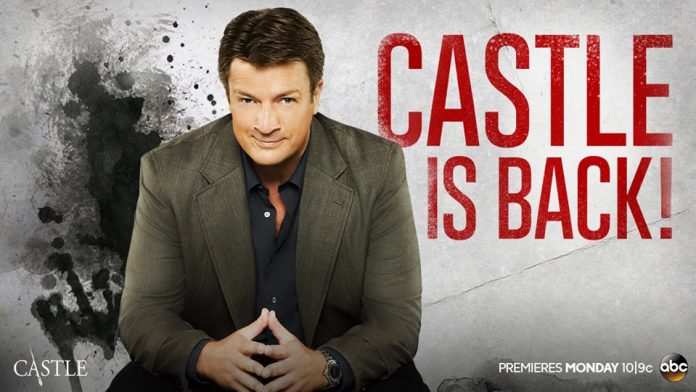 When ABC’s “Castle” returns for season eight, things will be shaken up with Kate Beckett having a new job and Richard “Rick” Castle dealing with a new partner.

In the official sneak peek, Kate is presented with a congratulatory cake with the message “Captain Kate Beckett” while she says, “Exhilarated and frightened and everything in between.” On the other hand, Rick talks to his new colleague, “You closed four cases, that’s more than I have,” to which she quips with, “Step up your game.” The scenes then showcase Kate running away, while Rick is being tortured. The video ends with an unnamed character stating, “Tell me where your wife is or I’m gonna kill you.”

It was revealed that the series kicks off with a two-hour premiere episode, titled “XY” and “XX” which will delve into Rick’s perspective first, followed by Kate’s viewpoint.

According to the synopsis, during the special season opener, the former detective will be running for her life as she receives a mysterious message from her past and a group of mercenaries are after her.

Promotional photos show that Rick personally investigates the case while Kate will try her best to identify who is threatening her before they succeed in having her killed.

Meanwhile, Toks Olagundoye has been added to the cast as independent investigator Hayley Shipton. Aside from working closely with Rick, she will become a mentor to Alexis, “It’s a voice that the show doesn’t have. What’s great about her is Castle [Nathan Fillion] has been investigating cases police-adjacent, so it’s always about doing things the way police would. She doesn’t do things that way, so that fun dynamic of, ‘No, we break in rather than get a warrant,’ is kind of fun,” executive producer Alexi Hawley told Entertainment Weekly.