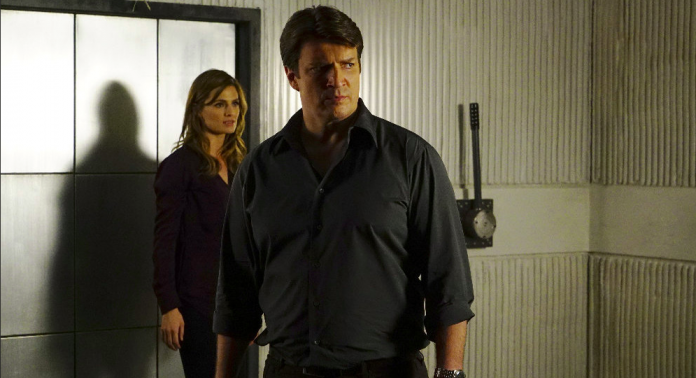 Beckett (Stana Katic) and Castle (Nathan Fillon) will once again be in harm’s way when season 8 of “Castle” continues.

Episode 13 titled “And Justice for All,” will showcase the 12th Precinct dealing with another murder case. Spoilers have it the Beckett will look into the demise of an English as a Second Language student.

However, there will be a problem as the victim’s classmates will refuse to cooperate and will not talk about the incident. Castle will then come in and go undercover as a French-Canadian immigrant to find out the truth. He will enroll in the class to get information, but he will soon realise that there is more to the victim than what meets the eye.

In the promotional clip, Castle can be seen struggling with his French accent while the narrator teases, “Beckett and Castle will have a very big lesson to learn.” It also seems like he may be in danger before Beckett and the team learn who killed the victim.

The footage also shows Hayley (Toks Olagundoye) pointing a gun at Castle and shots are heard before the video ends. It remains to be seen if the gunshots were fired at Castle or at someone else as they complete the mission.

Reports claim that the upcoming episode seems like a classic one as Castle’s disguise sounds like the narrative will turn out to be hilarious and lighthearted.

Aside from Katic, Fillon, and Olagundoye, the installment will also feature an array of guest stars such as former “The Mentalist” actor David Michael Trevino as Eddie Ramirez, Arye Gross reprising his role as M.E. Perlmutter, Sunkrish Bala as Vikram Singh and JD Walsh as John Emerson. It was written by Adam Frost and directed by Kate Woods.