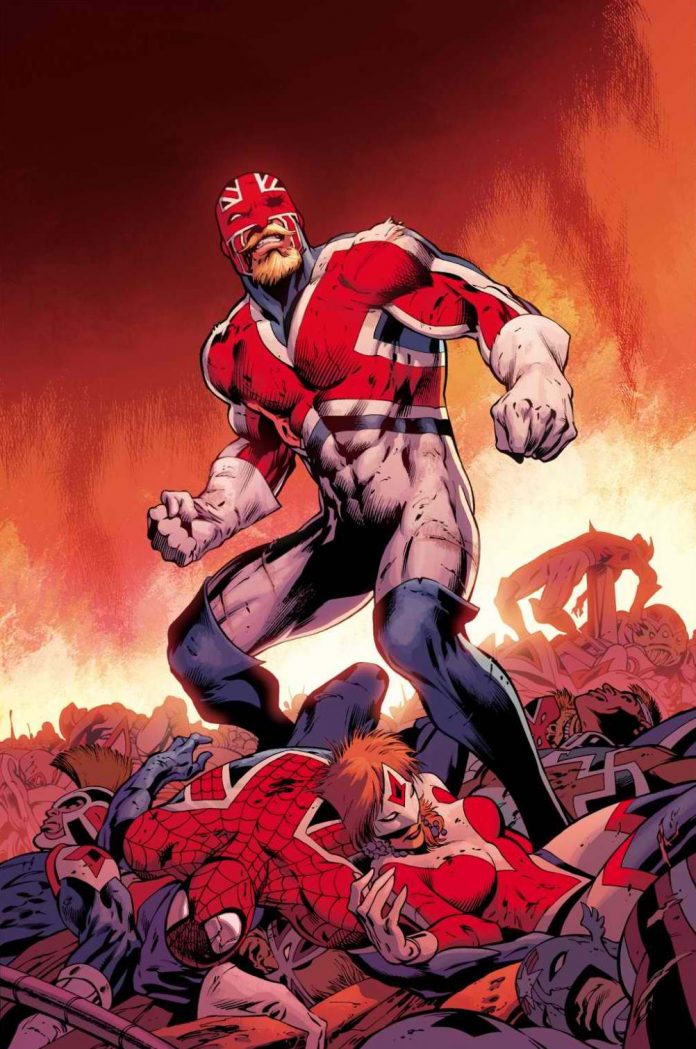 While nothing official is in the works right now, it was finally revealed that people are currently working on the earliest stages on pitching a “Captain Britain” TV series project under Marvel Television. Chris Lark and Eleni Larchanidou, who are the current producers of the TV series project, are working on developing the idea for the show and are hoping to bring it over to Marvel by 2017.

With rumors of a TV series adaptation of Captain Britain recently going viral online, Lark clarified that nothing is official as of the moment.

In a series of posts on his Twitter account, Lark explained that they intend for the project to be a reality sometime around 2017. As of now, he did not mention any prospective network it might be onif it is intended to be on ABC, Netflix, or an entirely new home of a Marvel TV series.

“Ladies and gentlemen I’m here to confirm that I and my co-prod Eleni Larchanidou are working on a Highlight Reel for a TV series based on the Marvel Comics character Captain Britain for 2017,” Lark said. “Right now we are in very early stages of development for this idea and working on things like the budget for this Reel to take to Marvel for 2017 with hopes of them helping us with the series. Thank you so much for your interest in Captain Britain and expect more news later this year and early in 2017.”

Rumors and speculations about an upcoming “Captain Britain” TV series under Marvel Televisionwhich basically means that it will also be part of the larger Marvel Cinematic Universeis currently under development started when famed artists and poster designer Ciara McAvoy posted on her Twitter account a prototype costume design for Captain Britain, that she captioned with, “Who will be playing Brian Braddock in the upcoming TV series Captain Britain?”

McAvoy’s designing credits include art and poster for “Victor Frankenstein,” “X-Men: First Class,” and “Indiana Jones and the Last Crusade.”

Gotham season 2 spoilers: next season will delve into Joker's backstory