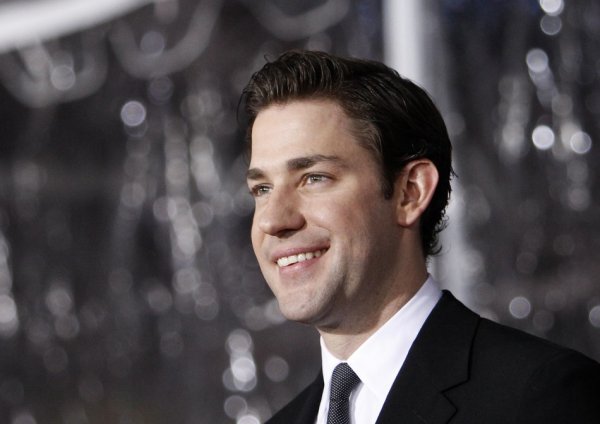 Before actor Chris Evans landed the role as Captain America, his good friend and co-actor John Krasinski also auditioned for the role in 2010.

Krasinski, who is part of the TV series”The Office” and the movie “13 Hours,” recently revealed to Digital Spy that he indeed tried his chances in landing the role.

He said, “The Captain America thing was hilarious… I had so much fun doing it and got to wear the suit and screen-test and sign my life away that I wouldn’t tell anyone.”

Based on his words, it is clear that he was delighted to have auditioned even if the role went to Evans. It seems, though, that Krasinski is still very much open to being part of the Marvel Cinematic Universe. He admitted that he “would love to be a part of it.” He would “take a Marvel movie anytime” since he loves watching them.

“Chris is a good friend and very good at what he does, so I was so happy to see him do it,” he said. In jest, he added, “Maybe now I need to play a villain and fight Chris. That’s what we need to do.”

Evans is an excellent choice for the role of Steve Rogers who turns into Captain America when the world needs saving, but going with Krasinski wouldn’t have been bad at all. If he did end up with the role, the same amount of excitement and interest would have probably urged the moviegoers to watch the movie and see him play a superhero.

It is not hard to imagine Krasinski playing a villain because his action role in “13 Hours” proves that aside from playing a funny character in “The Office,” he can certainly be as remarkable being a bad guy in movies.

“Captain America: Civil War” will be shown in cinemas starting May 6.

'Watch Dogs 2' release date: Ubisoft give hints of the sequel...