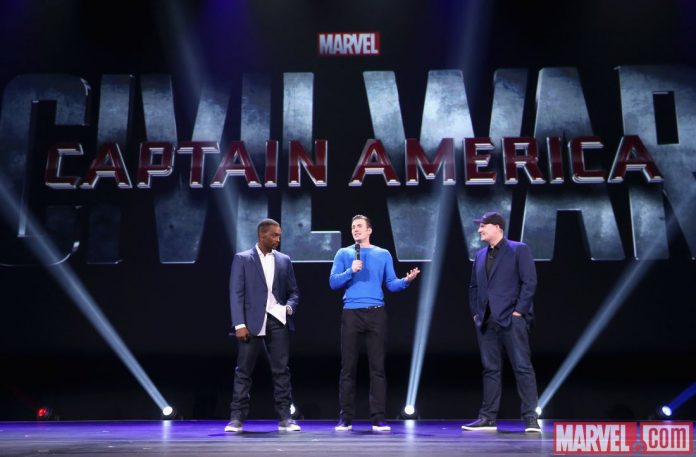 The clock is ticking until Captain America: Civil War’s May 2016 release.

As a means to hype up the fans’ excitement for the new film, a new trailer was released during the Asia Pop Comic Con event held recently in Manila, Philippines, Comic Book Movie reported.

According to the website, the new trailer reveals a few more details on who is fighting who in the upcoming super hero movie from the Marvel Cinematic Universe.

Featuring prominently in the new trailer are the close friends Natasha Romanov/Black Widow, and Hawkeye. They are seen battling each other, and it appears Hawkeye has the upper hand as Black Widow looks seriously hurt afterwards.

She is next seen in a scene with Tony Stark and General Ross, hinting that the Avenger is acting as a spy on Captain America’s side.

Christian Today also said that Ant Man featured in a comical scene where he presses down on Captain America’s muscular body, a reference to a scene with Peggy Carter in Captain America: The First Avenger.

Comic Book Movie also said that the trailer showed a short fight between Iron Man, and both Captain America and The Winter Soldier.

Chris Evans, who plays Steve Rogers in the movie, recently made an appearance in the Salt Lake Comic Con.

During a Q&A session, Captain America’s resistance to accords that would have provided the government oversight over the superheroes is because of his distrust resulting from HYDRA’s infiltration of SHIELD and the government.

“Tony actually thinks we should be signing these accords and reporting to somebody and Cap, who’s always been a company man and has always been a soldier, actually doesn’t trust anymore,” the Salt Lake Tribune quoted Evans as saying.

“Given what happened in Cap 2, I think he kind of feels the safest hands are his own,” the actor explained, adding that there’s no “clear bad guy” in the movie and the conflict is a result of opposing political views.