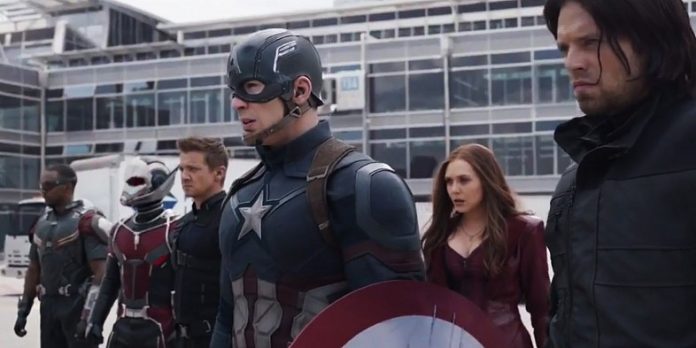 In less than two months, what would be Marvel’s longest movie yet, “Captain America: Civil War,” will be breaking into cinemas. Speculated to run for 146 minutes or 2 hours and 26, Steve Rogers’ last standalone adventure will be more of a psychological thriller than a political conflict unlike “The Winter Soldier.”

“Nobody’s wrong here. No one’s promoting evil. No one’s the bad guy. We just have different ways of being the good guy and that can get fiery,” Chris Evans, who plays the title role, told USA Today.

The most vital conflict is arguably within Cap who is torn between his oldest friend, Bucky (Sebastian Stan) and the urge to follow orders like the soldier that he is.

“It’s much more dynamic when a good guy isn’t sure what the good guy move is and has to debate another point of view from someone who may be very close to him,” Evans later explained on what his character is going through in the movie.

Along with Bucky, other Team Cap members include Falcon (Anthony Mackie), Scarlett Witch (Elizabeth Olsen), Hawkeye (Jeremy Renner) and one of the newest additions to the Marvel Cinematic Universe, Ant-Man (Paul Rudd). They will be squaring off with Team Iron Man led by Tony Stark (Robert Downey Jr.) and is composed of Vision (Paul Bettany), Black Widow (Scarlett Johansson) and just like Ant Man, the newest Marvel character to come to life, Black Panther (Chadwick Boseman). As of now, the role of Spider-Man (Tom Holland) is still tightly under wraps but speculation has it that he will side with Iron Man.

Meanwhile, writers Christopher Markus and Stephen McFreely were questioned about a new angle on the Captain America vs. Iron Man debacle. Given that in “The Winter Soldier,” it was somehow revealed that Howard Stark’s accident was actually deliberate and was caused by Hydra, is there a chance that Bucky may also have something to do with the murder?

Unfortunately, McFreely elusively answered the question without confirming anything by saying, “It is implied that Hydra killed Howard Stark. I think we can say that. I think that’s all we know, for sure, is that they did that. Bucky killed a lot of people. That’s perhaps more important.”

“Captain America: Civil War” will blast through the cinemas on May 6.