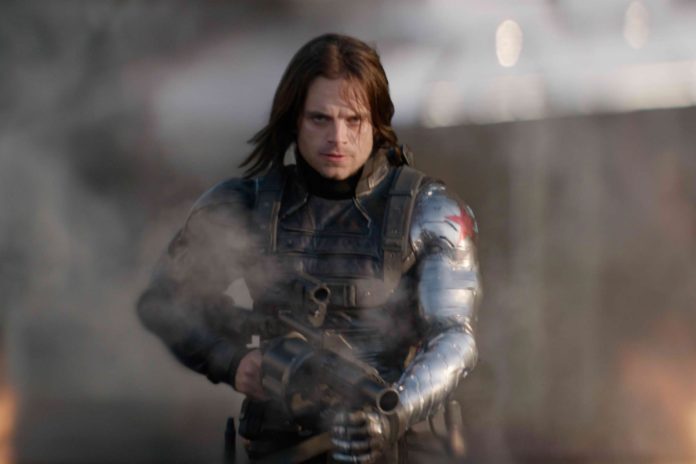 Shots were fired at the Marvel Cinematic Universe from the DC Extended Universe. DC made comments about Marvel, and now Marvel is retaliating in the form of actor Sebastian Stan, who plays The Winter Soldier/Bucky Barnes in the 2014 sequel film Captain America: The Winter Soldier.  He will reprise his role – and better than before – in the upcoming film Captain America: Civil War.

Previously, in an interview with The Daily Beast, Batman v Superman: Dawn of Justice director Zack Snyder fired shots towards Marvel when he made a comment about the film Ant-Man.

“I feel like Batman and Superman are transcendent of superhero movies in a way, because they’re Batman and Superman,” the director said. “They’re not just, like, the flavor of the week Ant-Mannot to be mean, but whatever it is. What is the next Blank-Man?”

Now, in an interview with Collider, Sebastian Stan gave his response to director Snyder’s remark on Ant-Man, as well as spilling a few details about his character in the upcoming movie, and the future of the Winter Soldier in the coming films for the Marvel Cinematic Universe.

“Yeah, I’m sitting here and I’m listening to you and I’m thinking, ‘Do I want to fire some shots at DC right now, at Zack Snyder?'” Stan said, when asked about Snyder’s statement. “I read some of those comments where he said something about Batman and Superman, I can’t remember where I read that, somewhere… Something about, ‘It’s not going to be your flavor-of-the-week Ant-Man.’ And I was like, ‘Oh thanks, Zack. That’s great. Way to do something original.’ But I would say we’re still making something very original in our own way. I mean, the Russos are coming in and taking something people are used to and they’re shaping it up and changing it in a very different way. They’re not trying to mimic a better Christopher Nolan movie or something like that.”

On other stuff, while Stan did not confirm anything in any way, he spoke with an open-ended choice of words, so fans can still wish and hope that The Winter Soldier gets to fight alongside the Avengers in the looming two-part sequel Infinity War.

“It’s totally not something I know for sure,” he said, when asked if he will be coming back for two more movies. “Like, you know, it’s a blessing and a curse sometimes I wish I knew to sort of get my life back together. You know, I’m like, ‘I might as well just not cut my hair at all.’ But I really don’t know. It’s so early to know that. But hopefully…”

Captain America: Civil War opens in theaters May 6, 2016. This will be followed by Doctor Strange, Guardians of the Galaxy 2, the Spider-Man reboot, Thor: Ragnarok, and various other films leading to Avengers: Infinity War Part I and Part II, and Phase Three of the marvel Cinematic Universe closing in on Inhumans.

'The Vampire Diaries' season 7 spoilers: EP clarifies Damon did not...