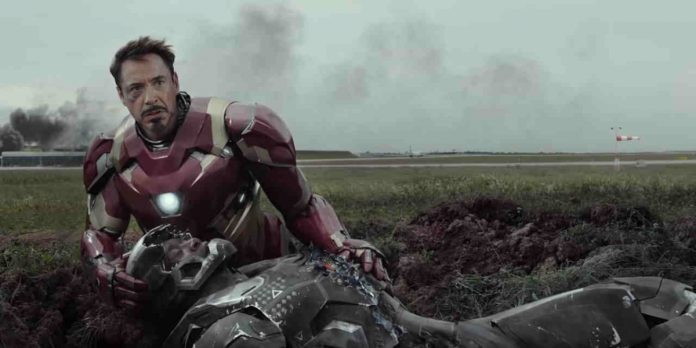 However, despite the film taking on the core theme of the “Civil War” comics, the live action version of the story will no longer just be about the Superhero Registration Act. The personal relationship dynamics of the characters have also raised the stakes even higher. Directors Anthony and Joe Russo already talked about Steve and Bucky’s (Sebastian Stan) friendship being a major element of the movie, while Tony and Rhodey’s (Don Cheadle) relationship may also hold a similiar weight in the way things will go down in “Civil War.”

“I’m on Twitter, so I’ve gotten a few people going, ‘Rhodey better not be dead, son. I’m going to be so mad.’ Or ‘I’m done with this thing if Rhodey’s dead.’ But that’s cool, I like that people get so upset about it,” Cheadle told New York Daily News referring to the ongoing debate on what the future lies for his character in the Marvel film.

War Machine was seen gravely injured in the trailers after he was hit by a missile, therefore worrying fans of Team Iron Man. Tony’s obvious distraught reaction is presumably also going to amp up his motivations to win the war against whoever attacked his loyal friend.

Amidst all the apprehension, all is cool with Cheadle. In fact, he further revealed that he is happy that Marvel is able to stir up emotions from its fans making them more engrossed in the story.

“I like that in a Marvel movie people are able to evoke such emotion… It does look bad for Rhodey.”

Aside from the two leaders and their respective pals, another friendship will be put to the test as Black Widow (Scarlett Johansson) and Hawkeye (Jeremy Renner) will be on opposite sides. In a brand new international trailer for the movie, a snippet of the two in a tussle was shown. But unlike their respective leaders, the two seem to be more held back on the notion of the Avengers splitting into two.

Whatever goes down in “Civil War,” the Russo brothers shared that it “will change the dynamic forever.”

“There will be a long-lasting fallout from the events of this movie. It will significantly alter the psychology of the Marvel Cinematic Universe moving forward,” Joe said, adding that when fans come out of the cinemas, they will have a brand new perspective of both Tony Stark and Steve Rogers.

Meanwhile, to those who would like to retrace Iron Man’s and Captain America’s steps before they head on a show down in “Civil War,” a Marvel Cinematic Universe Supercut video was recently published with a montage for both superheroes.

'Star Wars: Episode 8' spoilers: Will Ewoks make an appearance in...