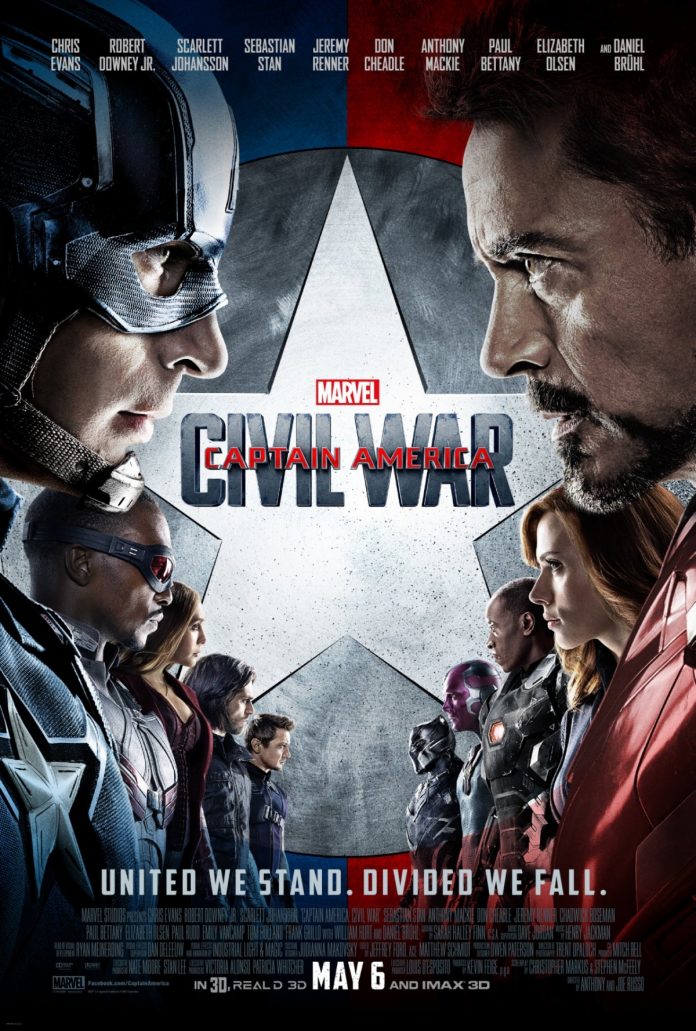 The first set of reviews for Marvel’s “Captain America: Civil War” are in, and they are predominantly great.

Captain America’s (Chris Evans) third solo movie will see him squaring off with fellow Avenger, Iron Man (Tony Stark) in a battle involving principles and personal relationships. And while movie goers may have to wait until early next month, a handful of lucky press people were invited for an early screening and from the looks of their short reviews and reactions, the movie hits the ball out of the park.

Collider collated a couple of initial reactions from people who were able to see the movie and despite Cap and Iron man headlining the showdown, it seems like there were a couple of scene stealers along the way such as MCU new comers, Ant Man (Paul Rudd), Black Panther (Chadwick Boseman), and Spider-Man (Tom Holland).

Among the three, Rudd’s shrinking superhero is the only one who has his solo film, which was released last year. Boseman, on the other hand, will be the one to introduce the Wakanda Prince in the big screen in 2018, while Holland will be the third actor to portray the web slinging character. His 2017 reboot film will be the first one produced by Marvel Studios after character rights were given back to them by Sony.

The “splash panel shot” also had some notable shout outs with some dubbing it as one of the best action sequences in any superhero movies and what viewers have seen so far in the trailers are minuscule with what it to come in the full movie. The aforementioned scene where all the characters from both sides come and go in a slug fest was filmed in full IMAX as revealed by directors Joe and Anthony Russo, with Joe adding that it will be 17 minutes long.

However, with all the action stunts and conflicts all throughout the movie, the Russo brothers were adamant to try and balance everything out with a hearty story.

“[We prefer a movie where audiences] get to laugh and cry and be scared and be happy. That’s better than just crying.” Joe explained to SFX Magazine as reported by Epic Stream.

It can be remembered that when the first teaser trailer of the film dropped last year, fans pointed out the emotional gravity of the film, which is very rare in comic book genre films.

“So while there is an intensity to this and a psychological realism, in places it’s also a much funnier movie than Winter Soldier. Hopefully we balance the movie properly so when you watch, it moves seamlessly between those tones,” Joe continued.