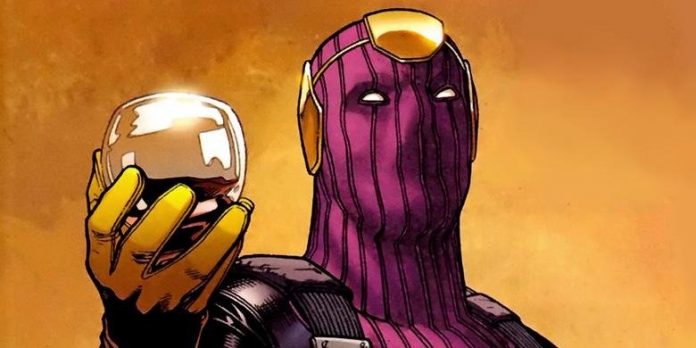 Baron Zemo is one of the newest additions to the roster of villains in the marvel Cinematic Universe. One of Captain America’s iconic villains, the character is set to make his MCU big screen debut in the upcoming Captain America: Civil War film.

In an interview with Business Insider, actor Daniel Brhl shared how different his depiction of the villain Baron Helmut Zemo is. As revealed by the actor, his take on Zemo will not include the iconic mask he was known to always sport.

“He does not wear the mask,” Brhl said. In the comics, Baron Zemo wore a cloak to hide his identitiy. In a fight with Captain America, the Adhesive Xhis own creationspilled on him, causing the mask he’s wearing to be stuck on his face for all time.

“You would be surprised, it’s different than what you’d think,” he added. “It’s loosely connected to this character. But that’s what I like about the Marvel guys, some of the characters and things they’re dealing with always reference to current events so my character is from a different area than you would think.”

The actor also pointed out that there is a possibility he will be back in future MCU films, as that was “the way it’s written.”

In the past weeks, apart from an announcement of a massive lineup of upcoming films from Disney, Marvel Studios announced a new lineup for the Marvel Cinematic Universe as sequels suddenly come to life, and more new movies are squeezed in to the current roadmap.

Ant-Man and The Wasp were announced and will hit theaters on July 6, 2018. Black Panther was moved to a release date of February 16, 2018. The Captain Marvel film was also pushed back to a new release date of March 8, 2019.

Opening up Phase Three of The MCU, Captain America: Civil War opens in theaters May 6, 2016. This will be followed by Doctor Strange, Guardians of the Galaxy 2, the Spider-Man reboot, Thor: Ragnarok, and various other films leading to Avengers: Infinity War Part I and Part II, followed by Inhumans.